Following in her father's brushstrokes

Jill Janvier has followed in her father's brushstrokes, and has been pulled into the art world.
Jun 10, 2021 5:30 PM By: Meagan MacEachern 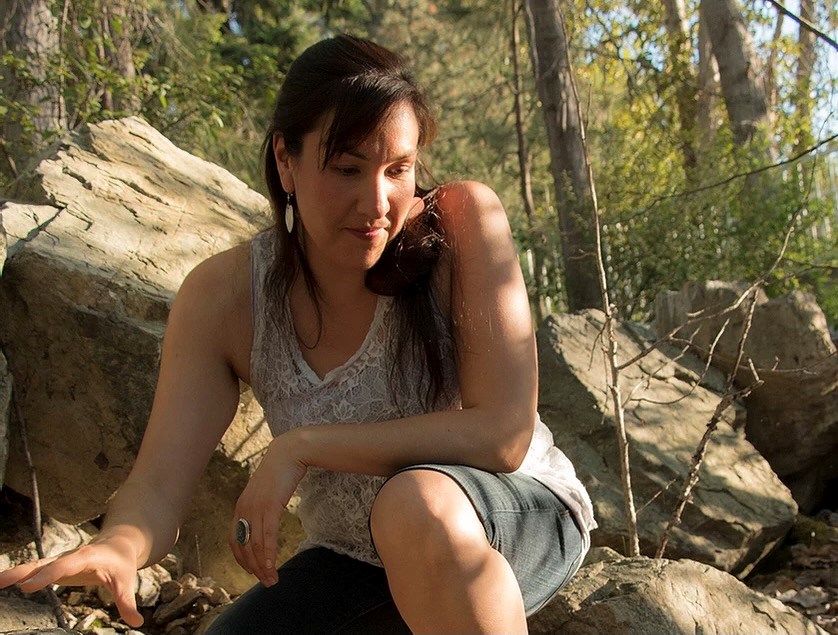 Jill Janvier is carving her own path when it comes to art, and follows her instincts when painting. Photo Submitted

COLD LAKE - Much like her father, Jill Janvier lets the brush guide her.

"I’m not going for realism, I am going for the colour, expression, and shapes that I see,” Janvier told Lakeland This Week.

She approaches the canvas much like her father, Alex Janvier, a painter known across the country for his work.

“You start with your line work and you let your painting become what it’s going to be,” described Janvier.

In addition to growing up with a famous artist for a father, Janvier now works at his gallery.

“There’s so much around me that I have seen that there’s a strong inspiration that comes from him,” she said.

Janvier may be following in her father's brushstrokes, but she is carving out her own path in the artistry world.

The Cold Lake resident has been creating since 2011, and while she loves photography and sculptural arts, she always finds herself drawn to painting.

In some cases, Janvier will pull ideas from the world around her, such as a landscape, and make it her own.

"I consider it 50/50, taking inspiration from an actual photograph but I just make it a different version... an abstract," expressed Janvier, adding she paints what she feels.

Despite growing up with Alex Janvier as a father, she never thought of art "as being a lucrative thing to do."

It wasn't until she spent 20 hours drawing the Great Wall of China on the cover page of a Grade 6 school project that she realized "how much time and energy I put into creating beautiful things."

“I never really thought of that as art, I just did it because it was a project in school,” she continued.

Janvier said that throughout high school she didn't take any art classes.

“I didn’t really consider art my thing for quite a while."

It was in 2011 when her world changed. She signed up for an online photography course.

Janvier found inspiration through the modules and assignments, drawn to the bold beautiful colours of the sunrise and sunset.

She was getting up at 6 a.m. or driving for hours in order to find the perfect shot.

Three years later, in 2014, Janvier applied for a three-year fine arts program in Kelowna, BC.

Janvier continues to work for her father while she tries to make it out on her own.

She's immersed in the art world, and keeps a piece or two displayed at her father's art gallery outside of Cold Lake, in addition to sharing her work on her website.