Originally from Saddle Lake, Louise Bernice Halfe says she's honoured to be able to serve people from coast to coast with her new appointment as Parliamentary Poet Laureate.
Feb 15, 2021 12:00 PM By: Janice Huser 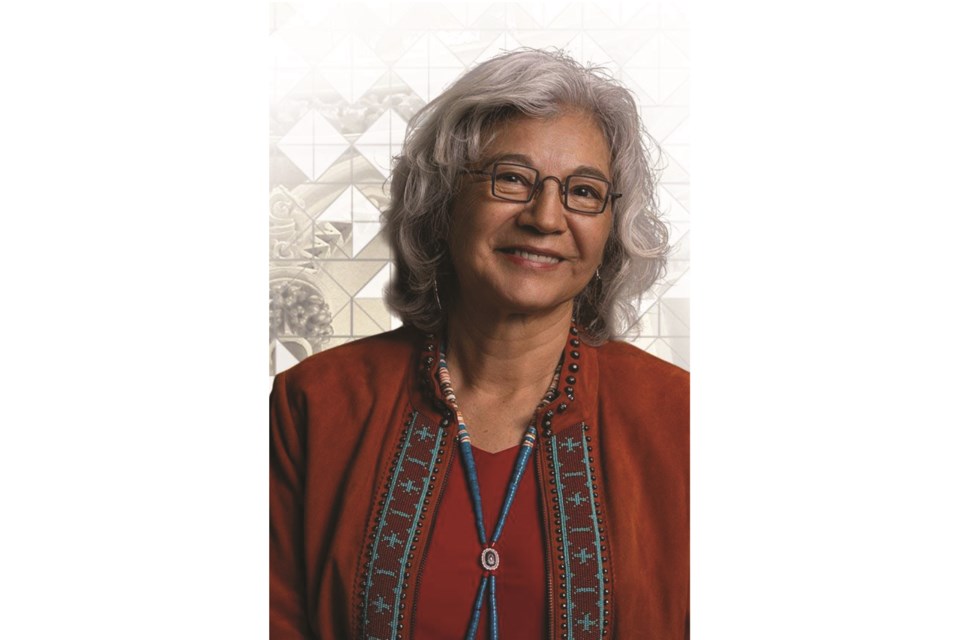 Louise Bernice Half, also known by her Cree name Sky Dancer, is originally from Saddle Lake. She has been named the Parliamentary Poet Laureate.Photo supplied

SADDLE LAKE - On Feb. 3,  the Speaker of the Senate George Furey and the Speaker of the House of Commons Anthony Rota announced the appointment of Louise Bernice Halfe, also known as Sky Dancer, as the next Parliamentary Poet Laureate.

Her position was effective as of Jan. 1, 2021. Halfe is the ninth poet to hold this office, succeeding Georgette LeBlanc. She was selected from a short list of candidates submitted by a selection committee.

"The nominators had faith in my work and my ability to carry it out. I am extremely grateful for their incredible support and encouragement," said Halfe, when asked what the appointment meant to her. "The Speakers of the Senate and House of Commons believe my work has something important to say. And frankly, I do too."

"Native, aboriginal history is sharing our truth. And we must all learn to listen so we can move forward and be kinder and willing to provide that room for advancement in whatever we do," says Halfe.

Although Halfe hasn't lived in Saddle Lake for quite some time, she has many family members who still reside in the community.

"I may not be physically present on the reserve. Family members, nieces, nephews, cousins live there. They are never far from my thoughts, those who have left us on this physical realm, and those who are still enriching our language and the ceremonies," says Halfe.

When asked what message she would like to relay back to her home community, Halfe said, "Update with one another. We aren’t the person of 10, 15, 20 years ago, we mature, and gain wisdom. The old man JP Cardinal used to say, 'Love is the most important teaching, as is forgiveness and wahkotowin-relationship.' I am rooting for all of you."

"She is widely recognized for weaving Cree language and teachings into her works," according to a media release from the Parliament of Canada.

Her books, Bear Bones and Feathers (1994), Blue Marrow (2004), The Crooked Good (2007) and Burning In This Midnight Dream (2016), have all received many accolades and awards. Sôhkêyihta features selected poems and was published in 2018.

Her latest work, awâsis – kinky and disheveled, will be released in the spring of 2021.

“Louise Bernice Halfe – Sky Dancer is an accomplished writer who has contributed significantly to Canada’s poetry community through reflections on her Indigenous experience. As the ninth Parliamentary Poet Laureate, Ms. Halfe will continue to promote the diversity of voices heard across our country," said George J. Furey, Speaker of the Senate of Canada.

Rota also described Halfe in a similar way saying she "is a gifted poet and storyteller who brings a wealth of experience, some of it painful, to the role of Parliamentary Poet Laureate. Her work includes the use of code switching between Cree and English to help her reconnect to her Indigenous culture and language.”

“I am deeply honoured and humbled to serve the people from coast to coast to coast," said Halfe. "My dream is that poetry will be given the same stature as that of the novel. It is a privilege to bring the First Peoples’ voices and stories, poetry and whatever genre they are bringing to life to the forefront. Thank you for this gift.”