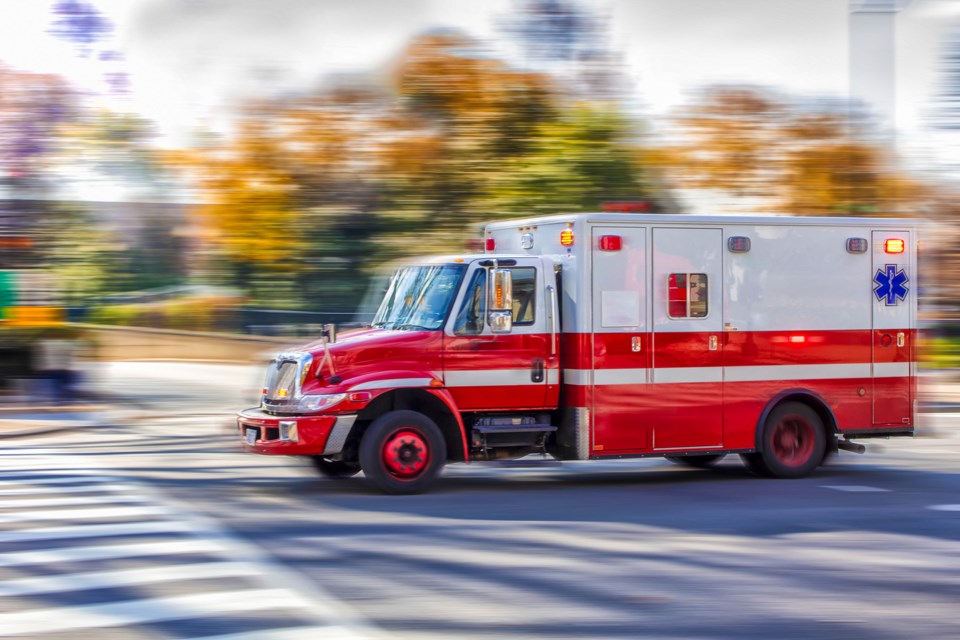 ST. PAUL - Concerns about the long hours being put in by some paramedics is being brought forward by the Alberta Paramedic Association.

On Dec. 8, Dusty Myshrall, president of the paramedic association, presented the County of St. Paul with information regarding core-flex shifts, stating the shifts present a "serious risk to public safety." He noted that the term "core-flex" is unique to Alberta, and the definition of core-flex "can be very complicated."

Myshrall explained that the most popular core-flex shift being seen in Alberta has some paramedics working four days straight - or 96 hours around the clock. Sometimes, these shifts extend beyond that time.

"How can paramedics work 96 hours?" asked Myshrall, hypothetically, stating the idea doesn't seem to make sense. But, some labour standards have been waived for paramedics. He also explained that when an EMS crew reaches 14 hours, they are "out of service" for eight hours on mandatory rest.

When this mandatory rest occurs, the crew won't even know if a call comes in for the community they are serving, which means a delay in response could occur as a crew from another community has to be called in.

Myshrall also stated that the clock only starts when a first call comes in. So, a crew could have a quiet morning and afternoon, then get called out at 2 p.m., and work for 14 hours before they are allowed to rest. This could mean that some crews are awake for a long period of time.

Sleep deprivation and sleep fragmentation can become issues. Myshrall also spoke about "sleep inertia." Most people experience this state between 30 minutes and two hours of waking up, which can result in impaired cognitive performance. But in that time, an EMS crew could have already driven an ambulance through town, provided medical services to someone, and then brought a patient to the hospital.

A number of rural communities are on core-flex shifts, says Myshrall. He noted that while there has been plenty of discussion about urban areas going on code red for EMS services, the rural side is going on code red "on a daily basis."

Ending core-flex shifts is the ultimate goal of the Alberta Paramedic Association, said Myshrall. The association is hoping for a resolution to be passed by the Rural Municipalities of Alberta (RMA).

Coun. Cliff Martin noted that core-flex was a contentious issue when it came out, but the unions were wanting the core-flex shift. Myshrall responded, saying there used to be a narrative that this shift was needed in smaller communities, but that is not the case.

Reeve Steve Upham brought up the idea that core-flex shifts have allowed paramedics from outside the area to work in the community, since they can come into town for four days at a time, then return home after their shift. He asked if there was a human resources issue at play.

Myshrall said he felt the resource was available, and taking out core-flex shifts would result in a staffing increase of about 20 per cent. But, he also acknowledged a "massive exodus" of paramedics because the work-life balance isn't there when working 96 hours straight.

People can't even have a dog at home if they are working four days in a row, says Myshrall.

"I think there really needs to be a change," said Wirsta.

After the delegation, council brought the issue forward but tabled any decisions so administration could gather more information into what exactly was being requested.