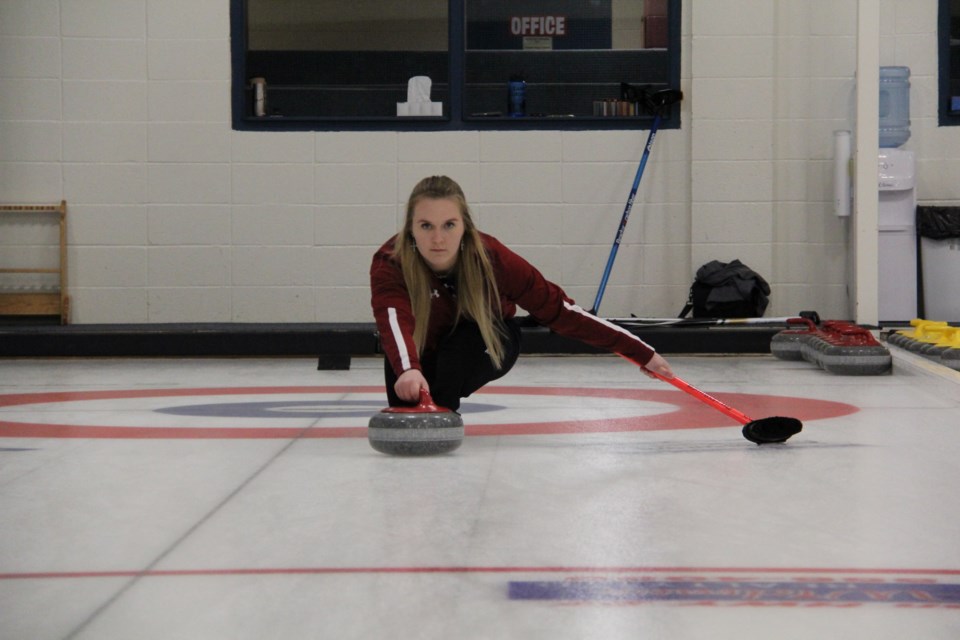 Impact Athlete - Along with hitting the books, Jamie Kuzma spent her time at Olds College curling with the Broncos.
ST. PAUL - Jamie Kuzma has been attending Olds College for the past four years, pursing her post-secondary education, but also making a statement on the curling rink.
Last week, the college released its athletic awards, and Kuzma, who is originally from St. Paul, was named Impact Athlete of the Year for curling.

"In winter regionals, we were able to come up with a few wins against the top teams. Unfortunately, we were two games short of moving on to provincials," she explains. "Overall, I have had an incredible experience being a student athlete for the Olds College Broncos. I am stepping out of this experience with a lot of new memories and friends. Being a student athlete can be tough at times with the balancing of studies and athletics but the experience is very rewarding."

Jadon Frank, events and promotions programmer with Broncos Athletics, says Kuzma received the award because she is "always willing to work, (is a) great role model for the rest of the team, had a great attitude." She also helped on the administrative side of things, helping organize exhibition games, for example.

Kuzma has already completed a diploma in Agriculture Management and is now in the process of completing the Bachelor of Applied Science - Agribusiness program. She says she is very appreciative of having had great teammates while curling in Olds, and a coach who supported to team throughout the season.

According to information from Frank, the criteria for Impact Athlete of the Year is: