A $1.2 million renovation project is set to begin at the Two Hills Arena next month, after months of planning and years of fundraising.
Feb 11, 2020 11:00 AM By: Janice Huser 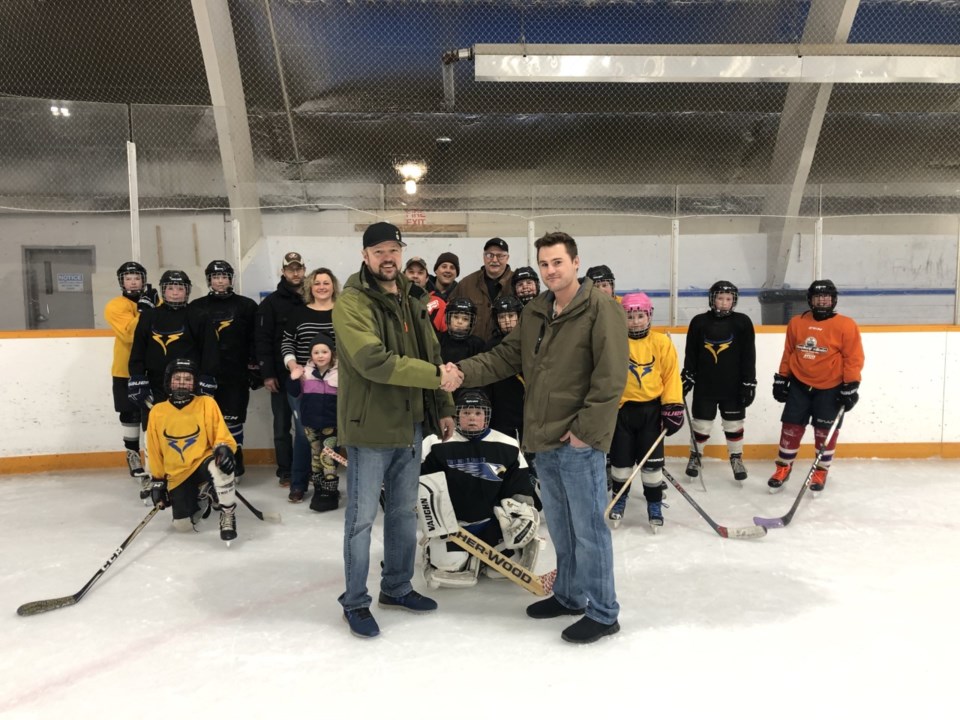 A $1.2 million renovation project is set to begin at the Two Hills Arena next month, after months of planning and years of fundraising.

“It is with great pleasure that we announce the start date of the renovation of the Two Hills Centennial arena for March 2, 2020. We are pleased to have signed a contract with local business Green Hills Construction to transform our arena into a fresh, welcoming building for future generations to enjoy,” reads an email from Terry Kitz, president of the Grow Arena Project.

Areas being renovated include the entire lobby upstairs and downstairs, along with six new dressing rooms, an accessibility elevator, and new concession. The renovation project is expected to be finished by mid-October.

“We are pleased that we will not have to miss any of the 20/21 hockey season,” says Kitz, speaking about the timeline. “The Grow Arena Development committee, which consists of members of the Grow Arena Project, Two Hills town council, Two Hills county council, and Two Hills AG society, has worked feverously over the last 18 months to design and fund the project. We are happy that the project cost came in near our goal and can’t wait to get started.”

The group is excited to show the community what working together can accomplish, adds Kitz.

“We cannot say enough about our community for supporting this initiative.”
Various fundraising initiatives have been organized for the project, including a casino night held last year, which is once again being planned for March of this year. Over $14,000 was raised at last year’s event.

The Grow Arena Project is now in year three of five of its “community farming mission.”

A parcel of land has been set aside to grow crops, with funds raised from those crops going to the arena project. The land is located near Duvernay and is about 140 acres in size. So far, the farming mission has raised $150,000.

“All the inputs and equipment needed to grow the crop had been generously donated. At harvest time, the crop will be auctioned off to the highest grain merchant,” says Kitz.

Bonnyville man arrested after robbery at Cold Lake apartment
Aug 7, 2020 2:33 PM
Comments
We welcome your feedback and encourage you to share your thoughts. We ask that you be respectful of others and their points of view, refrain from personal attacks and stay on topic. To learn about our commenting policies and how we moderate, please read our Community Guidelines.