Bonnyville-native to play football for U of A

A Bonnyville Centralized High School football player is going to play for the University of Alberta
Sep 20, 2020 2:00 PM By: Robynne Henry 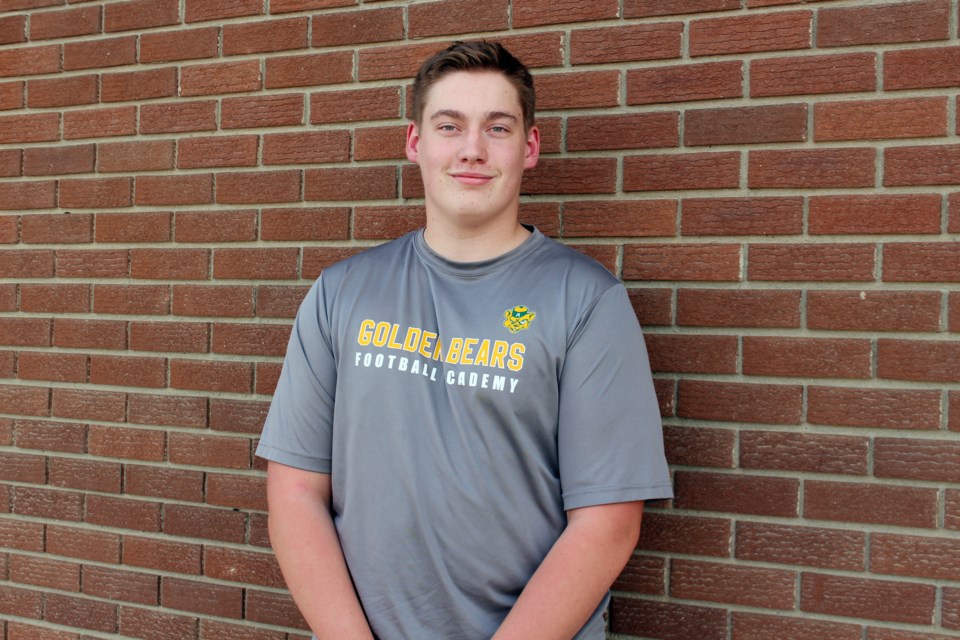 BONNYVILLE - A Bonnyville football player will be kicking off his university career close to home.

After going to the school's development camps over the past four years, Neumann decided in Grade 11 that he wanted to play at the university for a couple of reasons.

“It was a lot closer (to home), and I’ve been going to their camps, so it just kind of feels like a second home to me,” he told Lakeland This Week.

Before picking up his helmet, Neumann participated in karate for six years before he came across an advertisement for a new football team in the area.

“I saw in the (Bonnyville Nouvelle) that the Bonnyville Renegades peewee team was starting. I thought ‘let’s try it and if I don’t like it in the first year, I can always go back to karate.’ I fell in love with it right away and I’ve been playing ever since,” the 17-year-old recalled, adding, his memories from his first year still stick with him.

“We didn’t expect much and we went (really far). I think that’s because we had fun and we played with our hearts.”

The relationship he has with his teammates is one of the things that kept Neumann coming back, year after year.

“I know they have my back and I’ll have theirs. For a small community, it brings the kids who are on (the team) closer together.”

Another highlight for Neumann was the rivalry between the Bonnyville and Cold Lake teams.

“I have friends who go to Cold Lake High School, and I have developed some friendships with people from Cold Lake through camps and that sort of thing. It’s always fun to play them, get photos, and catch up with them afterwards,” he noted.

The coronavirus pandemic stopped Neumann’s senior year of football from looking like it has in the past. Instead of gearing up in the autumn evenings under the Friday night lights with his Bonnyville Voyageur’s jersey, many high school sports have been postponed. But, there’s hope for a spring season if the number of cases decreases.

“I’m really hoping that there will be some kind of fall season in the springtime so I could at least play some kind of Grade 12 games,” the defensive lineman expressed. “But if not, I’ll be disappointed that last year was my last year (as a Voyageur).”

Neumann would also be saddened not to be able to participate in the Scott McDonald Memorial, which is a fundraiser in honour of a Voyageur who lost his life to cancer.

He’s raised money every year for the event and it’s a highlight for him each year.

For now, Neumann is focusing on training and preparing for his university career. Although he dreams of one day playing football professionally, he’s also aiming to get a Bachelor of Science in Kinesiology to continue to work in the sports world as an adult.

“There’s always a dream to go play pro in the CFL or NFL, but if that doesn’t come to fruition, that’s why I want to go to university to have something to fall back on.”

Star goaltender Devin Buffalo wants to help Indigenous youth on the ice and off
Oct 22, 2020 12:45 PM

Winterland Invitiational going ahead in 2021
Oct 21, 2020 8:00 AM
Comments
We welcome your feedback and encourage you to share your thoughts. We ask that you be respectful of others and their points of view, refrain from personal attacks and stay on topic. To learn about our commenting policies and how we moderate, please read our Community Guidelines.