The Bonnyville Jr. A Pontiacs have the chance to play the remainder of their season after the Alberta Junior Hockey League received approval from the provincial government.
Feb 22, 2021 2:00 PM By: Robynne Henry 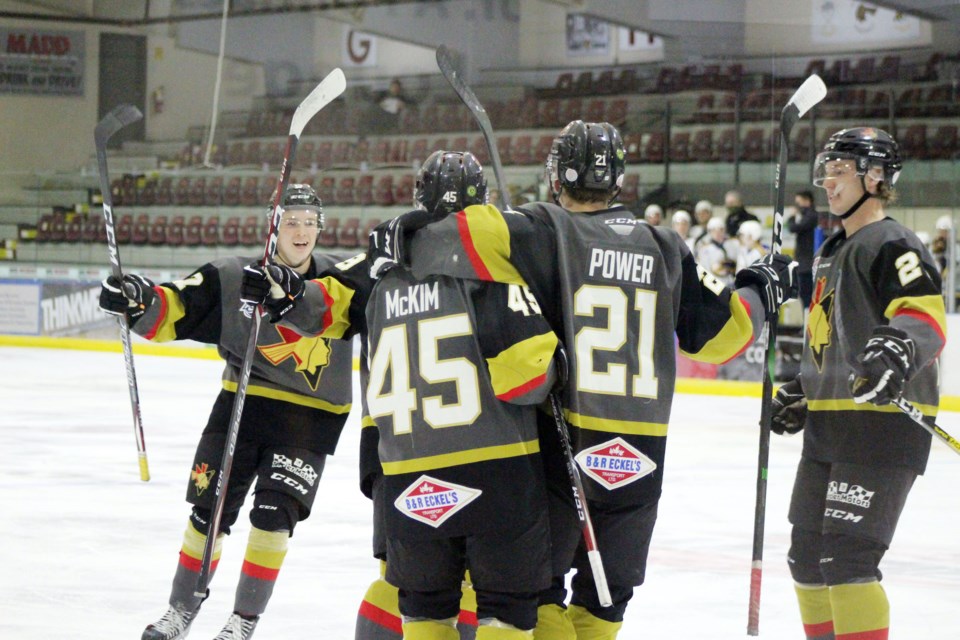 The Bonnyville Jr. A Pontiacs are headed back onto the ice after their league received approval to play from the provincial government. File photo.

BONNYVILLE – The Bonnyville Jr. A Pontiacs are getting ready to hit the ice.

The Alberta Junior Hockey League (AJHL) announced on Feb. 19 that the government of Alberta has given approval for the 2020/21 season to restart under the protocols of a comprehensive Return to Play Plan.

Players, coaches, and staff are currently self-isolating in preparation of a training camp, which is scheduled to begin at the start of March. Games will also begin in March and will be done exclusively on Fridays, Saturdays, and Sundays through to the end of May.

“We then move into three team cohorts, we join two other teams, and we’ll play each other over a period of 31 days,” explained Rick Swan, head coach and general manager of the Pontiacs. “We’ll have to take a two-week break before we can join another three-team cohort and we’ll do that three times with the objective of playing 24 games and finishing off at the end of May.”

If any members of a AJHL cohort, players and staff, test positive for COVID-19 at any time, the team will be required to isolate and suspend all in-person team activities for 14-days.

At this time, spectators will not be permitted at games due to provincial restrictions.

“At the onset, there won’t be any (fans) but that would be based upon whether or not restrictions are allotted with the final say going to AHS to be able to determine whether or not we can increase it,” noted Swan. “We may be the only league that has the ability to be able to play because of the testing procedures in the plans that we have in North America. . . Where with us, with the testing procedures and with the plan approved we are in the same exemption status as the Western Hockey League and the world Junior A’s and the NHL.”

Swan said the Pontiacs are "ecstatic" to have the chance to continue their season.

“Our players were exceptional when we were originally here, when we had to pause. We had zero cases and they did everything right. They remain optimistic. We stayed connected and engaged with them during the time that we have been away, and these guys are just awesomely excited about the opportunity to come back in and get the exposure that they want to create that need to train, develop, and get back to playing the game that they’ve worked all their lives to play and be at the Jr. A level.”

The AJHL season was officially paused on Nov. 24 due to the provincial restrictions at the time, which wasn’t very long after the teams got the okay to start facing off against one another.

The Pontiacs had only played two sets of games before the AJHL announcement, with one win and a loss against the Grande Prairie Storm and Whitecourt Wolverines in that time.

According to the AJHL, there were over 80 games completed in the opening months of the 2020/21 season before the pause. An updated league schedule and a list of participating teams will be announced shortly.