Goalie and ex-NHL'er among Lakeland players in this week's marathon game
Feb 3, 2021 5:32 PM By: Rob McKinley
Previous Next
1 / 1 A collage of Cadieux and the close connections he will be playing for in this year's Longest Game of Hockey. Graphic: Rob McKinley
Expand
Previous Next

Lac La Biche's Nathan Cadieux will be one of three goalies splitting more than 251 consecutive hours between the pipes on one of two teams in the upcoming Longest Game of Hockey. The long-running Guinness Book of World Records event in Sherwood Park has raised millions for cancer research.

Cadieux, 40, who now calls Sherwood Park home, will be making his first appearance at the outdoor charity game that has been played eight times since 2003 and raised more than $5.47 million for cancer research in Alberta. He will be one of 40 players expecting to break the existing Guinness Book of World Records entry for the longest hockey game — set by the same event in 2018 — of 251 hours, seven minutes and 58 seconds of continuous play. He'll also be helping to raise awareness and hopefully $1.5 million for cancer research and equipment.

The married father of three has heard the stories of exhaustion, cold, dark nights, aches, pains ... and even duct-tape wrapped feet to stop blisters. He also knows this year's COVID measures will make the fundraiser even more challenging, but the Sherwood Park-based account manager for Lac La Biche's Edge Energy Logistics knows how important the charity event is — and how important the cause is to many families he knows from the Lac La Biche area.

Cadieux is playing for those families.

"Being a Lac La Biche guy, growing up there, for me, most of the people that I've known that cancer has taken from us have Lac La Biche links through my hockey and family connections" he said.

Playing this year amid COVID restrictions will mean that fan support for the popular fundraiser will be severely reduced. Even though COVID-19 restrictions will affect the number of people watching the skaters in the charity event, Cadiuex won't be feeling alone in the crease. He's dedicating what is expected to be more than 80 hours of his own ice time over the 10-day event to six families close to his heart who have lost loved ones to cancer. The memories of the friends and family will be with him on the ice ... and in the dressing room.

"I'll have photos in the dressing room stall — so every time I get dressed and go to walk away from my stall, and you know, self-pitying myself maybe for thinking it's going to be a grind, I just have to look up and remind myself of what those families and those individuals went through," he said.

Cadieux, who played minor hockey in Lac La Biche, as well time with the Junior B Clippers, will be dedicating his Longest Game of Hockey fundraising to the memory of his wife's grandmother Carmen Hayes, a former co-ordinator at Portage College who passed away in 2017, as well as family friend Brydon Ward who passed in 2020, family friend Carol Bonifacio who died in 2004, and two dads of his former hockey teammates — Ed Hutchinson, who died in 2011 and Bernie Houle who passed away in 2018. Cadieux is also playing in honour of George Bourassa who passed away from cancer in 1998. Bourassa is the grandfather of Tammy Rizzoli who runs Edge Energy with her husband Dustin.

The Longest Game of Hockey has been played since 2003. It was started by Brent Saik, a Sherwood Park business man, in honour of his father, Terry, who died in 1994 after battling cancer. Since its inception, the fundraiser has been played eight times at Saikers Acres, an outdoor rink on the family's property. The events have brought in more than $5.47 million for cancer research and equipment. This year, each player has a goal of raising $10,000 toward the event's overall target.

"Without them being so supportive, there's no way I could have done it. This is basically two weeks. It's huge."

There has been a lot of preparation leading up to the start of the fundraiser — including hours of conditioning for Cadieux who, like other amateur hockey players, hasn't really hit the ice for competitive play since November. He's also gone for a physical and followed strict pandemic guidelines.  Now all that's left is just 251 hours (plus a few minutes) of hockey, he said with a laugh, explaining what a typical day's schedule might look like.

"There's 20 guys per team, so six or seven of us go out for a three to five hour block — and we stagger the hours, so one line isn't always playing at like three in the morning. So we'd be out from two to six in the morning, then I'm back to the RV, sleep to noon or one and then play from two to five or six, then off for the night, and then back down to the ice," he said.

How well can a goalie be expected to play with that kind of a schedule?

"I'll try my best," said Cadieux, who plays for Edmonton and provincial men's teams in fairly competitive leagues. "l'll still have my competitive nature, no matter how tired I am ... but I know at the end of past games the scores have been like 941 to 883 — so I might see my goals-against average take a beating ... I'm not aiming at getting any shutouts."

While the scoreboard will be part of the game, Cadieux says at the end of the marathon, the real winner will hopefully be the fundraising drive.

Cadieux will be sharing the ice over the 10-day event with St. Paul native Kyle Brodziak. The 15-year professional hockey veteran has played for the NHL's Edmonton Oilers, Minnesota Wild and St. Louis Blues. 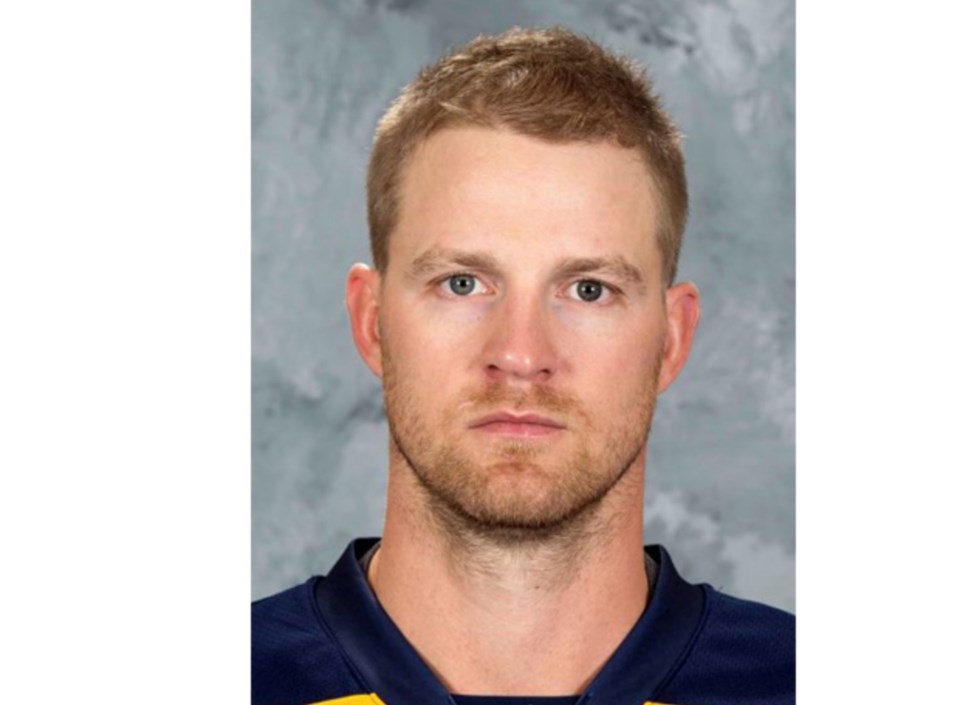 Brodziak left the St. Paul Minor Hockey Association in 1999, joining the Fort Saskatchewan AA U15 Rangers before spending five years with the Moose Jaw Warriors in the Western Hockey League.

Brodziak played his first game as an Edmonton Oiler in the 2005-06 season.

The now 36-year-old played in 70 games and recorded six goals as a forward for the Oilers in the 2018-2019 season. A back injury at the end of that season put him on long-term injury reserve. In 2020, his contract was traded to the Detroit Red Wings.

To donate to the event, sponsor a player, referee or scorekeeper, or to find out more, visit the site at www.worldslongestgame.ca