Sr. Pontiacs "left in the dark" about their upcoming season 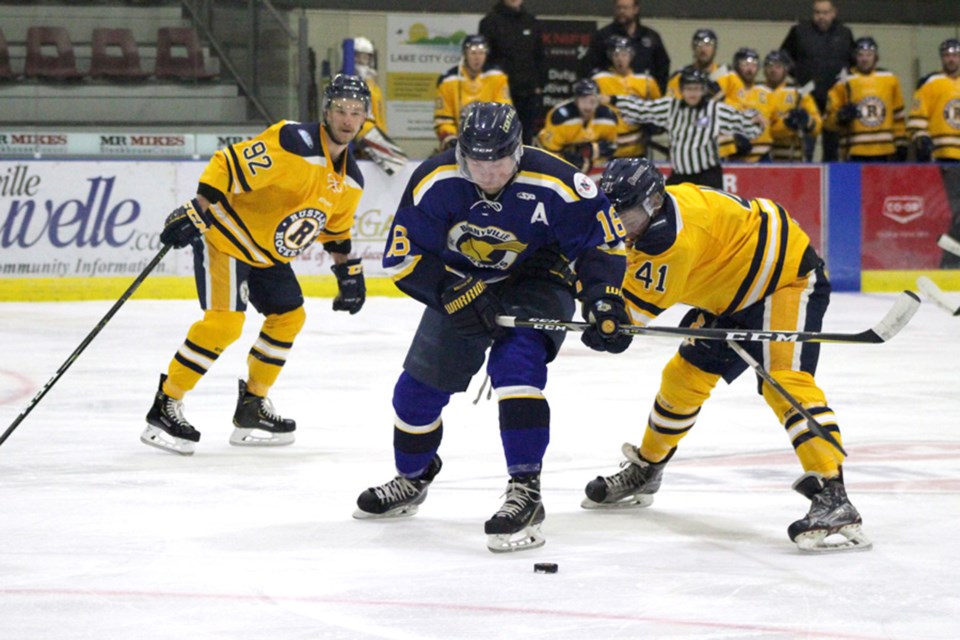 The Bonnyville Sr. AA Pontiacs aren't sure what their season is going to look like after their league delayed the start date until early December. File photo.

BONNYVILLE - The Bonnyville Sr. AA Pontiacs won’t be hitting the ice until December.

The North Central Hockey League (NCHL) announced on Aug. 23 that the start of their season has been postponed until Dec. 4 “due to Alberta Health Services’ (AHS) regulations surrounding the COVID-19 outbreak."

Sr. Pontiacs head coach Corey Wandler said, “We’re opposed to it and didn’t agree to it but there’s nothing we can do. We don’t know what plan B looks like, if we do get to fire up in December, is it a 16 or 18 game schedule? Do we plan a three-month schedule or do we try to cram all the games in seven or eight weeks? We have no answers and we don’t know anything other than Dec. 4 is a tentative start date.”

While the teams in the NCHL were consulted on the start of the season mid-August, Wandler noted they were only given the one option of a delayed beginning and nothing else.

“We just said it’s premature and a little short-sighted to make that call,” he recalled. “The season was still two months away from opening night so basically, in my mind, it was a very short-sighted (decision.)”

According to Wandler, it doesn't look like the Sr. Pontiacs will lace up their skates until the province moves into the final phase of fully reopening.

That leaves the local team wondering what they should do in the meantime.

Their main camp was scheduled for Oct. 2 and 3, stated Wandler, and they’re undecided whether or not to move ahead with it.

“We might cancel all of our ice times up until Dec. 4 because we’ve got to pay for that, the money has to come from somewhere, and if there’s no games, who’s going to sponsor? We don’t know what kind of interest we’ll get from players if there’s not going to be a game for two months, are they going to want to come to the rink and skate? There’s all sorts of things that need to be discussed and we just don’t really have any answer for that,” Wandler detailed.

The board will sit down in the coming weeks to iron out some details for the Sr. Pontiacs, and Wandler noted "we’re going to take it week-by-week."

“In my mind, I would like to have a plan in place for us if we want to. Can we play exhibition games? Can we skate on the weekends, stay in shape, and be prepared as much as we can for Dec. 4? I guess we need the support of the board if we want to go ahead and still do that, keep our ice times and pay for those costs,” he added. “Then talk to the players to see if they’re going to want to be on the ice, even though there’s not going to be any games. Are they going to want to make that commitment, show up for practices, and to stay sharp? What the right and answer is, I don’t think anyone knows.”