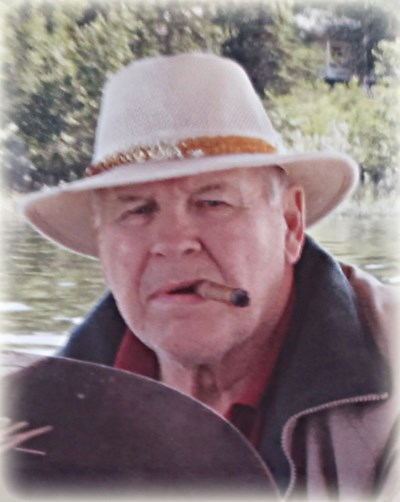 Allen Donald Elock was born on May 12, 1936 to Andrew and Martha Elock in Edmonton, Alberta and spent most of his youth in Beacon Corner area and Edmonton. He resided for most of his adult life on the family farm outside of Glendon. Allen was the fifth child and much spoiled baby of the family who was not only named by his sister Margie, but treated as a living doll by her. Allen was a teacher for 28 years in the numerous schools in both the Counties of St. Paul and Two Hills, and in Glendon School. He was an active member of the community, both as a player (football, baseball, curling) and coach (basketball, hockey) for school and community sports, and served as a school board trustee. Allen enjoyed being involved, which only encouraged his “gift of gab” and input into any conversation.

Allen died peacefully at the age of 83 in the University of Alberta hospital on May 2, 2020. He will be missed by his family and friends. Memory Eternal.
Our family would like to thank the doctors, nurses, and medical personnel of the hematology unit at the University of Alberta Hospital, specifically Dr. Churchill. A Private Funeral Service was held at Grace Gardens Funeral Chapel, St. Paul with Rt. Reverend Protopresbyter John Lipinski officiating. Cremation to follow.
In lieu of flowers, donations may be made to the Alberta Heart & Stroke Foundation or Haying in the 30s (Cancer Support Society) c/o 5626 - 51 Street, St. Paul, AB  T0A 3A1. To send condolences online, please visit www.gracegardensfuneralchapel.com.