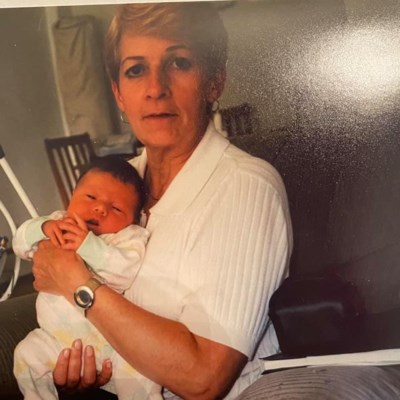 It is with great sadness the we announce the passing away of our loving, gentle Maman(Mother) and Mémère(Grandmother) and sister.

Mrs. Laurence (Gamache) Fournier from Montreal, passed away on October 14, 2020 at the age of 81. Laurence was born in Bonnyville, AB on June 16, 1939. She is survived by a loving, caring family: daughter Nicole(Gino Bonifacio), son Patrick(Ulanda), and grandchildren: Shayne, Madison and Faith; all residing in Montreal.

She is survived by 6 sisters and 1 brother: Eveline Lord of Bonnyville, Victoire Vasseur of Fairview, Denise Beaudoin of Penticton BC, Raymonde(EJ) Ménard of Plamondon, Yvette Gamache, Marie-Line(Denis)Michaud and Gérard Gamache (Wendy) from Bonnyville:. In-laws: Maurice Normand also from of Bonnyvile, and Janice Gamache of Edmonton.

Laurence was pre-deceased by her loving husband Jean Fournier of Montreal: parents: Gérard and Yvette(Arbour) Gamache of Fort Kent, AB.

Laurence enjoyed living on the farm where life was good, quiet and very busy at the same time. After graduating; she worked at the Bonnyville Post Office.

As time went by, she decided to travel and appreciate our beautiful country, Canada. This is just how she met her husband to be: Jean Fournier….travelling by train. Jean was from the Ottawa area, so after residing in B.C. and Alberta for a short while, they decided to make Montreal their permanent home.

Laurence was a respectful quiet person who took the challenges of life as they presented themselves. In the manner that she accepted her diagnosis of a severe cancer a few months back is proof of her strong character. As she did when she was diagnosed of a blinding eye disease many years ago. She did not complain, nor get discouraged. She accepted the challenges of life as they presented themselves. Laurence has always been a respectful. quiet kind of gal.; but then again she could be hilarious.

She will be dearly missed and she is dearly loved.