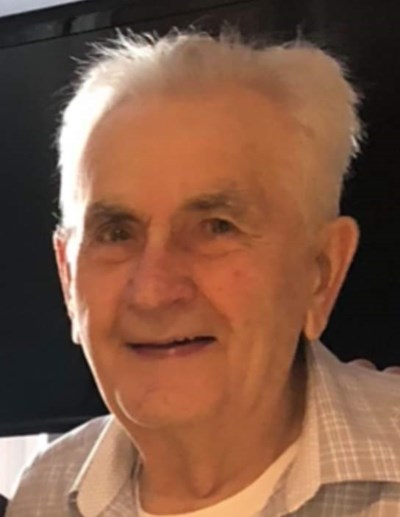 Armand was born in Delmas, Saskatchewan, Canada on May 13, 1930 the son of Adrien and Rose Anna (Trottier) Lavallee. He came to Manchester, New Hampshire as a teenager at the age of 14 from a rural life with younger sisters Claire and Doris. He was an industrious young man with many skills. He quit High School to find work in Manchester. He worked at shining shoes to delivering meals to relatives working in the mills. Armand worked in one of the shoe shops getting paid piece work where he made many enemies. Dad’s piece work as a sole and heel cutter count was double that of what the others were earning. He took his tools home every night to sharpen them, resulting in the extra pay. He eventually joined the Army Air Corps which became the US Air Force achieving the rank of T/SGT. While serving at Grenier Field, in Manchester, he was an aircraft mechanic, as well as learning the trades of plumbing and carpentry. In September of 1952, he married Jeannette R. (Corriveau) Lavallee, from Manchester. They had six children Normand, Raymond (deceased), Diane, Michael, Marc, and David. Early on he had purchased a rooming house. In 1963 he explored moving the 8 of us to the West Coast, unfortunately, that dream had to be delayed until 1976. Between 1963 and 1976 Armand became a master plumber and an independent contractor building 2-3 houses a year, from footings to finish. Armand attended night school to achieve his GED, and to cut out the middleman, got his Real estate license. Jeannette had her hands full with the six of us. In 1976 Armand and Jeannette packed up with the 3 youngest sons and bought land and built a home and buildings from nothing. Armand farmed just under 1500 of acres of grain and pasture annually, along with a large hog operation. Over the years he raised cattle, buffalo, and elk. Armand fulfilled his dream of realizing a farmer’s life, that he recalled as a child and brought Jeannette along for the ride. They spent 25 years in St Paul, Alberta, Canada actually “Living The Dream”. He still was not done working though. When Armand and Jeannette moved back to Manchester, NH in their 70’s, Dad started to learn more about computers and for the last 15 years of his life he became a day trader. He was still driving until his last stroke in December, always independent and strong-willed, hard worker, he was the boss until the very end. A man who accomplished everything in life that he set out to do while being the greatest provider and example to his family for many generations to come. Pepere will be missed. Armand was predeceased by son Raymond, great grandson Daryn Hudson, and a sister Doris Dugrenier. Armand is survived by his wife of 67 years Jeannette, sons Normand and wife Patricia, Marc, daughter Diane and husband Raymond Ferland of Manchester, sons Michael and wife Dawn, and David of St Paul, Alberta, Canada. Sister Claire Roy of Manchester NH. Also survived by 15 grandchildren and 14 great grandchildren. Family and work was very important to him. A private burial was held at the NH State Veteran’s Cemetery in Boscawen, NH. A celebration of Armand’s life will be held at a future date. Memorial donations can be made to the Dystonia Medical Research Foundation at www.dystonia-foundation.org