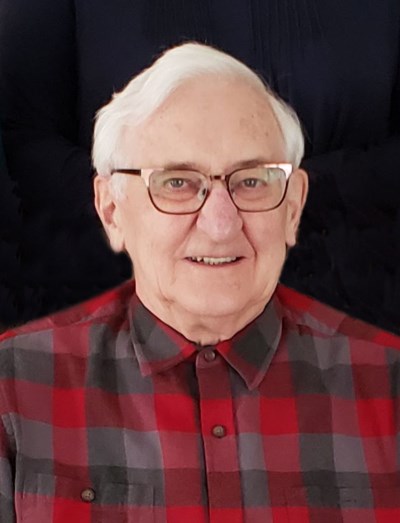 Ed Stepaniuk passed away peacefully on April 9 at the age of 83 at Bethany Care Centre, Cochrane. Besides Mary, his devoted wife of 52 years, Ed is survived by his daughters Heather, Tanya (Jon), Andrea (Mike), and grandchildren Meghan, Kacey, and Jack. He was predeceased by his parents Karl (Kiryk) and Sophie (Eudokia) and elder brothers Mike, Steve, John, and Bill.

After growing up on the family farm near Elk Point, Ed moved to Edmonton to study at the University of Alberta. After becoming a teacher in 1955 he taught at schools in Derwent, Wainwright, Nampa, and Dapp, AB. Ed moved to Valleyview in 1966 to become the principal and math teacher at St. Stephen’s Roman Catholic School where he met the home economics teacher Mary Johnson whom he married in 1967. After working very hard helping numerous students and new teachers, Ed took early retirement in 1990 and gave up his immaculate suits and ties for plaid shirts, sweat pants, and ball caps. After Ed and Mary moved to an acreage near Cochrane in 1996 Ed was in his element tending to his trees, and vegetable and flower gardens. He spent countless hours on his lawnmower making the perfect lawn. He enjoyed walks with his Best Friend corgi Dexter, reading Westerns in his smoking shed, and numerous DIY projects. Ed was a lifetime member of the Lions Clubs of Cochrane and Valleyview. His family fondly remembers camping and canoeing with him around Alberta and BC, his perfectly BBQed steaks, his love of family gatherings, red wine, and politics, his generosity, and sense of humour.

PINDER, George
May 26, 2020 4:25 PM
Comments
We welcome your feedback and encourage you to share your thoughts. We ask that you be respectful of others and their points of view, refrain from personal attacks and stay on topic. To learn about our commenting policies and how we moderate, please read our Community Guidelines.