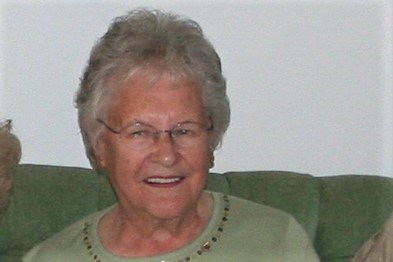 We are sad to announce the passing of Helen Tarapaski of Edmonton on Sunday, December 26, 2020 at the age of 88 years. Helen was born on the family farm near Lamont to James and Margaret (Prokopczak) Chernyk. Helen was the youngest child of James and Margaret. Her siblings were much older than her which meant she was often left out of the activities of the older kids. She loved children and promised her mother that she would have a large family so no one would feel left out. As a child her fondest memories were of her family singing and playing instruments together at home on the farm. Helen would later appear on local radio playing guitar and singing country tunes. After finishing school, Helen moved to Edmonton and worked as a nanny for a local doctor in the Garneau area. While working she studied book keeping and stenography. Upon completing her course, she started work for the “K” Division of the Royal Canadian Mounted Police as a secretary in the identification branch. In 1953 she married Marshall Tarapaski. They moved to Innisfree where they started their family. Once the children were of school age, they decided to relocate to St. Paul, Alberta. As she promised her mother, Helen devoted herself to nurturing a large family and provided support to her husband in growing their family business, Tarapaski Construction Ltd. Helen also pursued her artistic talents. She created beautiful embroidery pictures which adorned her home. She also loved to crochet jackets, quilts, scarfs and hats for the family. Upon her husband’s retirement in 1990, Helen and Marshall enjoyed travelling throughout Western Canada and the United States. Helen loved her family and was a very supportive mother.