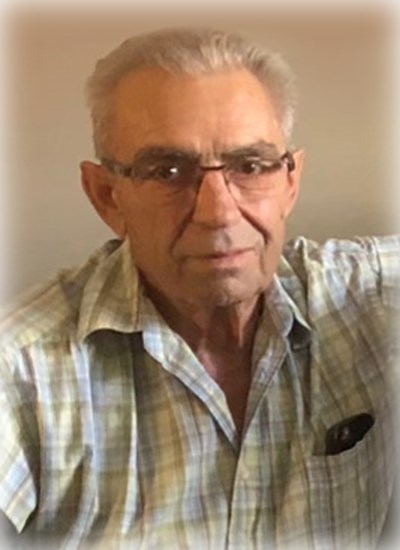 Victor, who was from St. Paul, moved to Edmonton after high school in order to attend the sheet-metal apprentice program at N.A.I.T.  Victor then began his career at Keelors Sheet Metal, and in 1969 married Jacqueline Doris Charbonneau, also from St. Paul.   They had two children, Rachelle Lucille & Serge Roger.  In 1978, the family moved back to St. Paul, where Victor joined the family business with his brother-in-law, Richard Charbonneau.  Together, they successfully ran East End Rentals & Mobile Homes for many years until they sold the business.  Vic then worked for a variety of different businesses in St. Paul until his retirement in 2015.

Victor & Jackie built their dream home on an acreage southeast of town near Roger & Angela’s homestead.  Here their numerous family and friends were always welcome.  Through the years, Vic enjoyed spending time in his shop and at their Muriel Lake cabin.  Fishing & hunting were both important pastimes, as well as quadding, aviation, woodworking, reading, & learning about anything.  Everyone who knew Vic enjoyed his home-made smoked salmon & beef jerky.

There will be a celebration of Vic’s life on Friday, March 26, 2021.  Time & location will be provided the week prior, along with online attendance details if necessary.

The family has requested that any cards be sent to Richard Charbonneau’s home, or Box 619, St. Paul AB  T0A 3A1.  In lieu of flowers, a donation may be made to St. Paul Fire Department or Haying in the 30's (Cancer Support Society), where Victor spent numerous hours volunteering his time following his retirement, c/o 5626 - 51 Street, St. Paul, AB T0A 3A1.