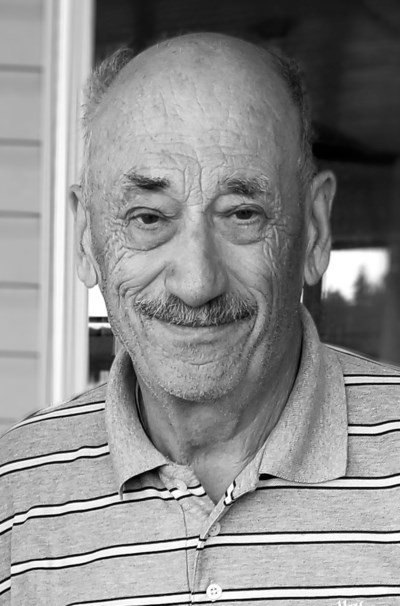 Warren Smith died at the Cold Lake Hospital on July 29, 2020. His wife and children were at his side.

Born in Regina, he moved with his family to Calgary in the early 1950’s; they then moved to Edmonton for his final years of high school. His first job was with CIBC, and when Grand and Toy Stationery opened in Edmonton, he began a successful career in sales that lasted for forty-three years. The Lakeland area was a part of his territory.

After their marriage (1966), Bev and Warren lived in Edmonton then bought a house in St. Albert. Warren and Bev had six years before starting their family. During that time, they traveled, skied, camped, and made lifelong friends. In 1973, the next phase of his life began when their first child was born.

In 1978, Bev and Warren bought a beautiful waterfront lot at Laurier Lake where they spent summers with their family. In 2000, they built their retirement home and became part of the amazing community of Ernie’s Beach, where cooperation is key: a driveway cleared of snow, a strong back volunteered for a project, the neighbour’s grass mowed, a tool borrowed, and a dock available for happy hour.

Warren was active in public service his whole adult life, with Jaycee’s, youth sports organizations, and community boards. When he retired to the Laurier Lake community, he became an active member of the Riverview (Heinsburg) Seniors and eventually joined the board. Warren was also an active board member of the Lea Park Golf Course, and under his leadership holes 4 and 5 were lengthened and the storage building was built.

A private Celebration of Life will be held at a later date.