Skip to content
Sponsored Content
This Content is made possible by our Sponsor; it is not written by and does not necessarily reflect the views of the editorial staff.

The Hidden Benefits of Applying for Student Loans in Alberta

Data collected by Statistics Canada in 2000, 2005, and 2010 show that the number of Alberta post secondary students graduating with over $25,000 of government student loan debt is growing. 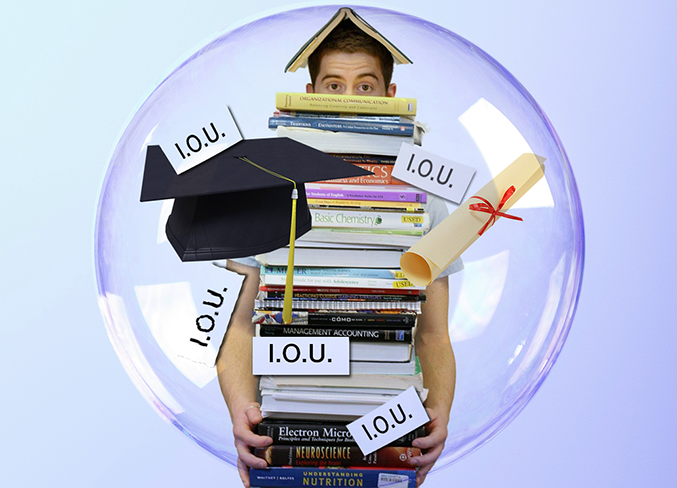 Data collected by Statistics Canada in 2000, 2005, and 2010 show that the number of Alberta post secondary students graduating with over $25,000 of government student loan debt is growing. For college grads in 2000, it was 6 per cent, versus 13 percent in 2005, and 21 per cent in 2010. The higher the degree, the larger the percentage owing. For a doctorate, it was 22 per cent in 2000, 26 per cent in 2005, and 66 per cent in 2010. With five years between each interview, the subjects were asked if they had paid off their debt between graduation and the interview date. Across the board from those that obtained college, bachelor, masters, or doctorate degrees, less than half of the subjects had paid off their loans. In most cases, the percentage that had paid back their loans was between 25-35 per cent.

With numbers like that, one has to wonder, is there a benefit in applying for a student loan? Would it be better to just enter the work force and start making money instead of accumulating debt?

The answer is: there are clear benefits to student loans. This article discusses how they can boost, instead of hinder, your future.

There are two kids of debt: good debt and bad debt. Good debt is money invested in your future – money that will provide a long-range return. Bad debt is when your purchase loses value quickly and has interest rates that make repayment prohibitive.

Notable wage gap aside, these numbers show that the more education you have, the greater your potential earnings. Remember, these are median numbers. Your higher education also gives you better access to other compensation, such as jobs with health benefits, profit sharing, pensions, and perks like gym memberships and paid vacation time – all things that significantly boost your quality of life.

So why do student loans get such a bad reputation?

According to Equifax Canada, Albertans carry the highest overall debt loads in Canada. Excluding mortgages, the average household carries $28,155 in debt – and that is a debt load that is hard to service (to pay the minimum plus the interest) each month.

Money is complicated. Yes, it’s numbers, but behind those numbers are emotions, traditions, wants, needs, social status, and economic and political issues. When you have all of that behind your attitude towards money, there is bound to be some confusion. The problem compounds when partners disagree in their attitudes towards money. When one is a spender and the other a saver, tensions rise. Both good and bad debt gets lumped into this pool of emotions and actions that surrounds money.

The key to leveraging student loans is to understand both your attitude towards money in general, and how school debt fits into your long-range plans – and that understanding starts long before you write your college application.

When used properly and budgeted for, student loans can have a long-term payoff

The biggest benefit of applying for a student loan is the potential that money has to pay you dividends in terms of a stable career with advancement potential. To avoid having those loans become a liability, work them into a sustainable budget and live within your means. With some advanced planning and research, you’ll reap the rewards of higher education for years to come.

This Content is made possible by our Sponsor; it is not written by and does not necessarily reflect the views of the editorial staff.