Organic farm sends crop of yellow mustard across the border 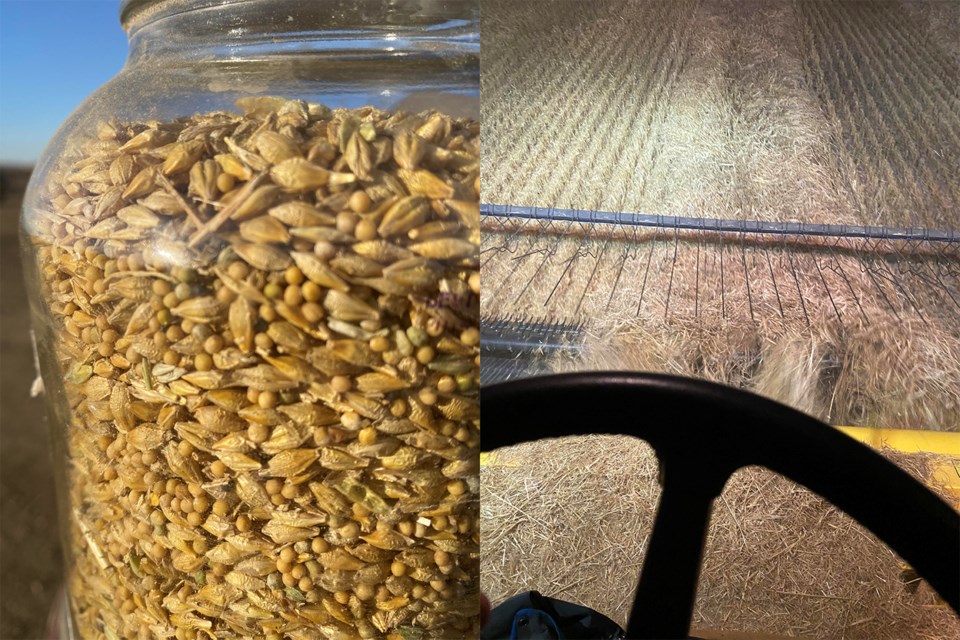 Next Level Organic Farms recently shipped mustard to the United States, from their farm in the St. Paul region.Photos supplied

ST. PAUL - When asked why he has chosen to pursue organic farming, Eugene Labant of Next Level Organic Farms, looks to his forefathers.

“I always say, organic farming is how our grandfathers farmed," says Labant.

Next Level Organic is located within the County of St. Paul, in the Owlseye area. A lot of what is done at the farm is different than many of the techniques seen across the majority of farmland in the Lakeland.

One example is the fact that the farm was recently able to sell its crop of yellow mustard. The crop left the farm a couple weeks ago, and has made its way to North Dakota.

Labant explains how they first attempted to grow mustard in 2015. The plant was intercropped with barley, which was the main cash crop being planted. They seeded the mustard in with the barley for weed competition - opting for a second product rather than adding chemicals to control weeds.

Essentially, the more plants that are growing per square foot, the better it is when it comes to organic farming. The approach was taken because Labant says there is actually a lot of voluntary wild mustard that grows on its own in the area. So, they decided to seed Andante yellow mustard with a variety of barley.

"It didn't work the best," concedes Labant, noting that the specific variety of barley being used had a shorter growing season.

So, in 2018, they seeded the mustard with a different variety of barley - Metcalfe - which has a longer growing season.

"The seasons matched up quite well," says Labant. And by fall, both crops were mature at the same time. "It worked out really well for us."

About 85 per cent of the crop that comes off the field is barley, explains Labant.

While there are some farmers who do organic farming in the area, not many do intercropping, which is described as the cultivation of two or more crops simultaneously on the same field. When he was looking for information and advice, Labant had to reach out to a farmer outside of the province.

The yellow mustard produces about six bushels an acre, and sells by the pound. That price ranges from about 85 cents to a dollar per pound. The process is worthwhile for the organic farm, according to Labant.

But, the product is somewhat hard to sell. It can take time to find a buyer, but that can be a common issue with all organic markets. Getting more diversified seems to be key in meeting more buyers.

Along with intercropping barley and mustard, Next Level Organic Farms is focusing on growing hemp again this year, likely in the same place as last year, which is just west of St. Paul, close to the airport.

About 1,500 acres of oats will also be seeded. A combination crop of yellow peas with red hard wheat has also been done in the past.

And last year, due to a wet spring, 300 acres of winter wheat was seeded in August. This year, around the same time - just 12 months later - that crop will be harvested. Labant says while winter wheat isn't very popular in the region, he is happy to know he has 300 fewer acres to seed this spring.

Labant laughs, as he talks about how organic farming is different than how many producers might farm.

“Everything we do is different," he says, with a chuckle.

In the summer, when the mustard is turning yellow, for example, it looks like the field is getting full of weeds.

"I think some of our neighbours think we have a lot of weeds," he says. But, once the mustard matures, then the barley crop looks great.