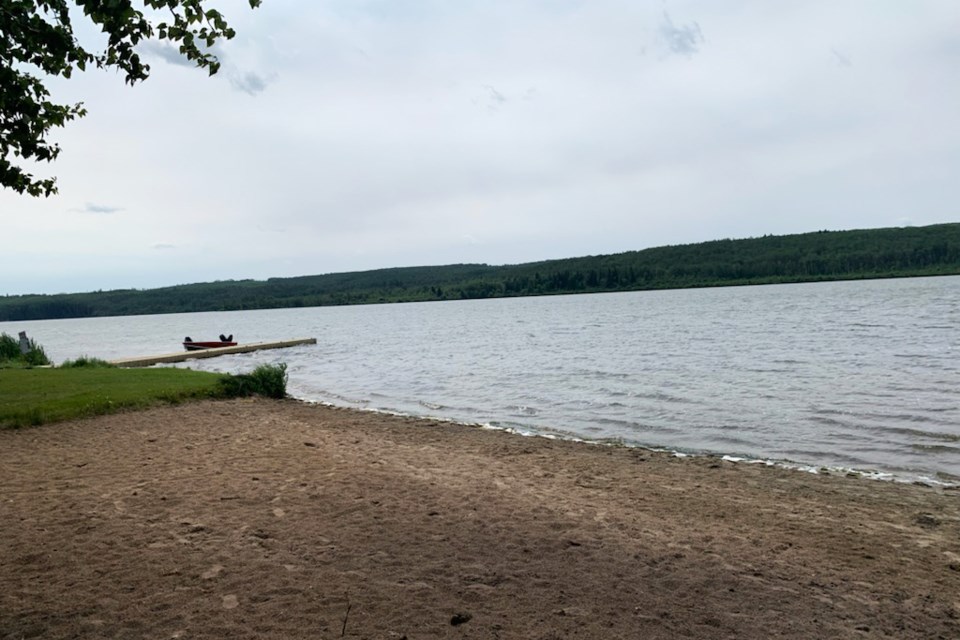 A beach area at the Stoney Lake campground is visible. The lake now has a blue-green algae advisory. Janice Huser photo

The advisory was released on July 16. Residents living near the shores of this lake, as well as visitors to this lake, are advised to take precautions such as avoiding all contact with blue-green algae blooms, and washing off with tap water if contact does occur.

The notice also recommends keeping pets away from any areas where the blue-green algae is visible. Also, do not feed whole fish or fish trimmings from this lake to pets.

"As always, visitors and residents are reminded to never drink or cook with untreated water directly from any recreational body of water, including Stoney Lake, at any time," reads the advisory. "Boiling of this water will not remove the toxins produced by blue-green algae. An alternate source of drinking water should also be provided for pets and livestock, while this advisory is active."

"People who come in contact with visible blue-green algae or who ingest water containing blue-green algae may experience skin irritation, rash, sore throat, sore red eyes, swollen lips, fever, nausea and vomiting and/or diarrhea. Symptoms usually appear within one to three hours and resolve in one to two days," according to AHS.

Weather and wind conditions can cause algae blooms to move from one location in the lake to another, so the advisory will remain in effect for Stoney Lake until further notice. Areas of Stoney Lake in which the blue-green algae bloom is not visible can still be used for recreational purposes, even while the health advisory in place.