More than half of respondents support the idea of a mandatory mask policy within the town of St. Paul.
Nov 20, 2020 3:30 PM By: Janice Huser 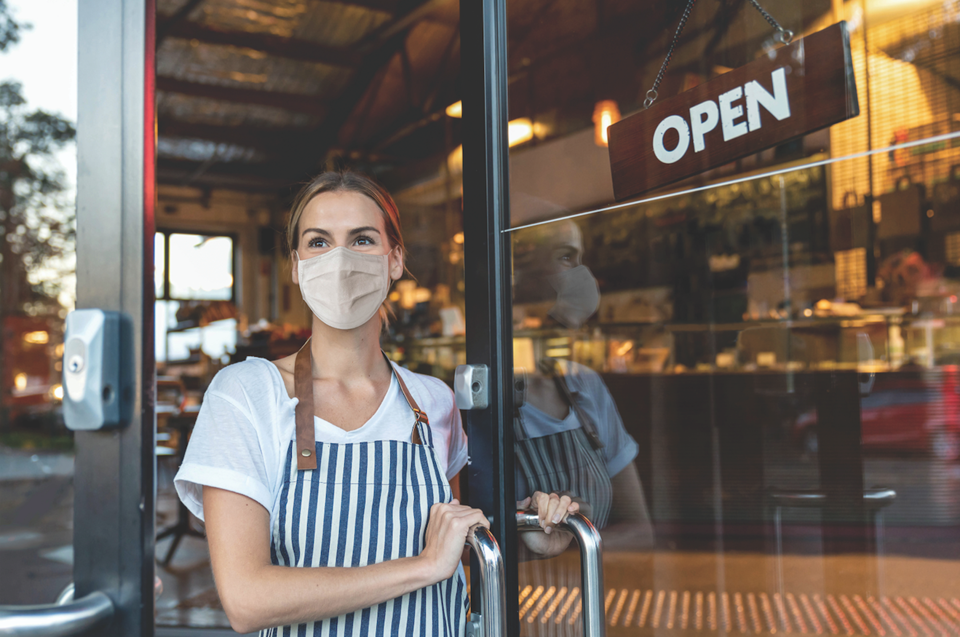 More than half of the respondents of a survey about masks at local businesses would support a mandatory mask policy in St. Paul. The survey was recently sent out to chamber members.

St. PAUL - A survey sent out to St. Paul businesses to gather feedback around the use of masks was recently conducted by the St. Paul & District Chamber of Commerce. The results have now been passed on to the Town of St. Paul, to help guide its decision-making process.

Over 50 respondents took part in the survey. The first question asked if businesses currently had a mask policy, to which 34 respondents said yes, and 17 said no.

Town of St. Paul Mayor Maureen Miller says she brought the question about masks forward at a recent executive meeting with the Chamber of Commerce, after hearing from a large business in town that wanted to see a mask bylaw created.

Realistically, a bylaw would not be in place until January, if work started on one today, explained the mayor. First, the bylaw would have to be drafted, then it would have to go through three readings. Also, the town would then have to enforce the bylaw, “and that would definitely be a challenge.”

So, the idea of surveying the chamber's membership to see what they thought was brought up.

"The question of mandatory masks was raised at our chamber meeting earlier this week. We simply decided to survey the membership to see what their feelings were on the issue," says chamber president Brent Sandmeyer. "We have agreed to forward the results to town council."

Miller says a discussion is expected to occur at Monday night's regular council meeting. That meeting had yet to occur, as of Lakeland This Week's press deadline. The mayor says she's certainly received calls from both sides of the issue, and both sides are "very driven."

She notes that while masks may not be foolproof, "we still need to move forward as a community.” She encourages people to respect the opinion of others, but further asks residents to be compassionate to the safety of the community.

Miller believes one of the greatest misconceptions around mask use is that putting a mask on means you can forget about social distancing and be in close contact with people, which isn't the case at all. "It doesn’t replace your six-foot distancing."

The mayor would like to see people return to how they were doing things this spring, with just one member of the household going into stores, and less socializing while out doing business. She acknowledges that right now - perhaps more than ever - it's important to support local businesses, but shopping can be done quickly.

Miller doesn't believe a provincial mandate is needed for masks - people simply need to take responsibility and follow the guidelines.

Speaking to the work that's being done in Saddle Lake Cree Nation, Miller says she would like to commend that community for doing a "remarkable job" and being so aggressive in keeping their community safe.