ST. PAUL - A controlled burn at the community grazing pasture southeast of Lac Bellevue quickly became an out of control fire over an estimated 16 quarters of Crown land April 16.
May 1, 2021 1:00 PM By: Clare Gauvreau 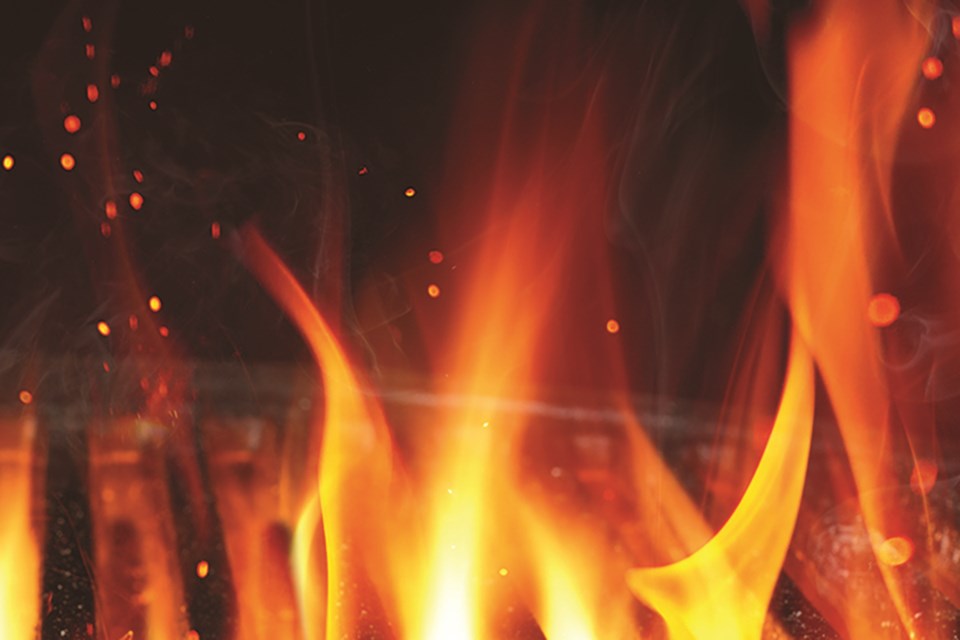 ST. PAUL - A controlled burn at the community grazing pasture southeast of Lac Bellevue quickly became an out of control fire over an estimated 16 quarters of Crown land April 16. The flames jumped fire guards that had been constructed by the grazing association and quickly spread to some bushland located near the Lac Bellevue subdivision.

The fire was discussed at the County of St. Paul Public Works meeting April 27 with acting Community Services Director Dennis Bergheim saying the grazing association did have a permit to burn grassland on 16 quarters with the fire site having been checked prior to the burn by the fire department the day before and again in the morning. However, it didn’t take long for the flames to get out of control.

He said the St. Paul fire department responded and was on site for about nine hours, with the County bringing in heavy equipment to assist, along with the grazing association members working to control the blaze.

“I think about the liability of the pasture, if that would have got into the subdivision,” he said, adding there was a lot of concern from people living in the area.

The last time there was a fire on the grazing reserve was in 2015, almost to the day, he said, although that one was larger.

Fire chief Trevor Kotowich said it was hard to estimate how many acres actually burned this time around but suggested it was at least the 16 quarters that the permit was pulled for.

“I’m thinking that was accomplished and maybe a little bit more as well. I know there was definitely some concern expressed from those folks living in the Lac Bellevue subdivision.”

He said there was a lot of smoke and the fire department likely received around 20 calls on it.

“I have to give credit where credit is due, the community pasture association did their due diligence. They definitely prepped the area but fire is very unpredictable and did jump a little bit of a guard they had established and it went into an area they hoped it wouldn’t go into.”

The fire wasn’t easily accessible for fire units but he said with everyone working together they were able to get a handle on it.

“There is a lot of dry grass and I know why the grazing reserve wants to burn – healthy burning is good but we just have to be very cautious of it, especially on that southeast corner that borders that subdivision. There was a lot of concerned residents that evening.”

The grazing association will be getting a bill for firefighting from the County just shy of $3,000, with Bergheim pointing out if the County had chosen to charge them by the hour for each unit, as per policy, it would have been in the neighborhood of $11,000.