Emmaleigh Ayotte is currently a student at Lakeland College completing her hairstyling certificate. Ayotte, who is originally from St.
Jun 10, 2021 3:00 PM By: Janice Huser 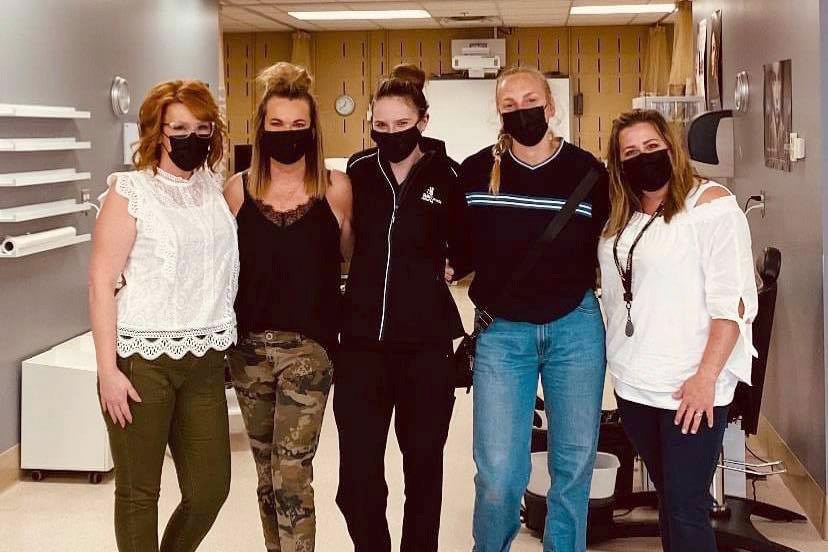 LAKELAND - Emmaleigh Ayotte has already graduated from the esthetician program at Lakeland college, but will be going back next April to start the clinical esthetician program, also offered at the post-secondary institution, as she furthers her education and begins her career.

Ayotte, who is originally from St. Paul, recently had the opportunity to take part in a Skills Canada national event, showing off her the knowledge she's acquired so far.

She says the opportunity came up when one of her teachers at Lakeland College approached the class, asking if anyone would be willing to compete in the upcoming Skills Canada event. Ayotte was encouraged by a friend to take on the opportunity. Taking part in the Skills Canada events would be a new experience for Ayotte, who says she has never participated in any Skills event in the past.

Ahead of the national event, Ayotte took part in the Provincial Skills Canada competition, where she received gold in the aesthetics category.

While she doesn't know how she fared on the national stage as part of Team Alberta, Ayotte says the experience competing was amazing. The event was done entirely online, due to the pandemic, but Ayotte says her team at the college "knows how to always have fun."

"I’ve just always wanted to be something to do with beauty and makeup because I just loved doing it," says Ayotte, when asked why she chose to pursue a career as an esthetician. "I think what drew me to being an esthetician is seeing people smile after their appointment because you helped them feel a bit better about themselves."

Results from the national event will be made public on June 15.

Kehewin Chief chosen as Grand Chief of the Confederacy of Treaty No. 6 First Nations
Jun 14, 2021 9:00 AM
Comments