Scaled down rodeo celebrations will include fireworks 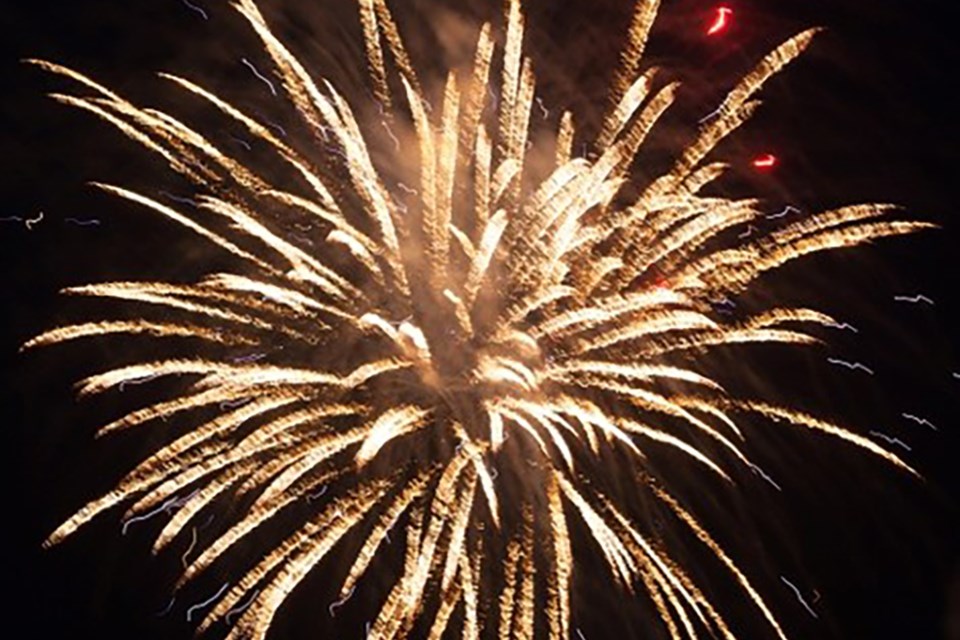 Fireworks will wrap up the day on July 1 in St. Paul.File photo

ST. PAUL - A scaled down rodeo event will take place in St. Paul over the Labour Day long weekend, but the addition of fireworks will be a new feature added to the weekend celebrations.

On July 12, Town of St. Paul council approved fireworks to take place on Sept. 4. The municipality had originally planned for its annual Canada Day fireworks on July 1, but due to the discovery of unmarked graves at a number of residential schools across the nation, it was decided to cancel the event as a sign of respect.

Council directed administration at the time to look at alternative dates for the fireworks show, which included either Heritage Day long weekend or Labour Day long weekend.

Town of St. Paul CAO Steven Jeffery noted that many people leave town over the August (Heritage Day) long weekend, and there would likely be a lot more people around for Labour Day.

"We do have our scaled down rodeo that weekend," said Jeffery, speaking about the Labour Day long weekend that typically includes the Lakeland Rodeo Association (LRA) Finals. While the town will not be hosting the finals, there is a smaller rodeo in the works, along with a parade and other events scheduled throughout the weekend.

Administration recommended scheduling the fireworks for Labour Day long weekend to coincide with the rodeo.

Coun. Nathan Taylor said it would be a "great privilege" to make the motion to schedule fireworks for Sept. 4.

The Town did approach the St. Paul Ag Society and the stock provider for the rodeo to ensure fireworks would not affect or spook the animals that are in town over the weekend. The town has been reassured it shouldn't be an issue, heard council.

When speaking about council's earlier decision to reschedule the fireworks from Canada Day to another weekend, Taylor said he attended the Indigenous rally that was held on July 1 at the landing pad in honour of those who attended residential schools, "and it was mentioned in the speeches that there was a great appreciation for this council in taking leadership and postponing (fireworks)."

A motion to approve fireworks for Labour Day weekend was carried.