Town of St. Paul council is hoping to get feedback from the community regarding the location of an outdoor recreation facility.
Apr 29, 2021 1:00 PM By: Janice Huser 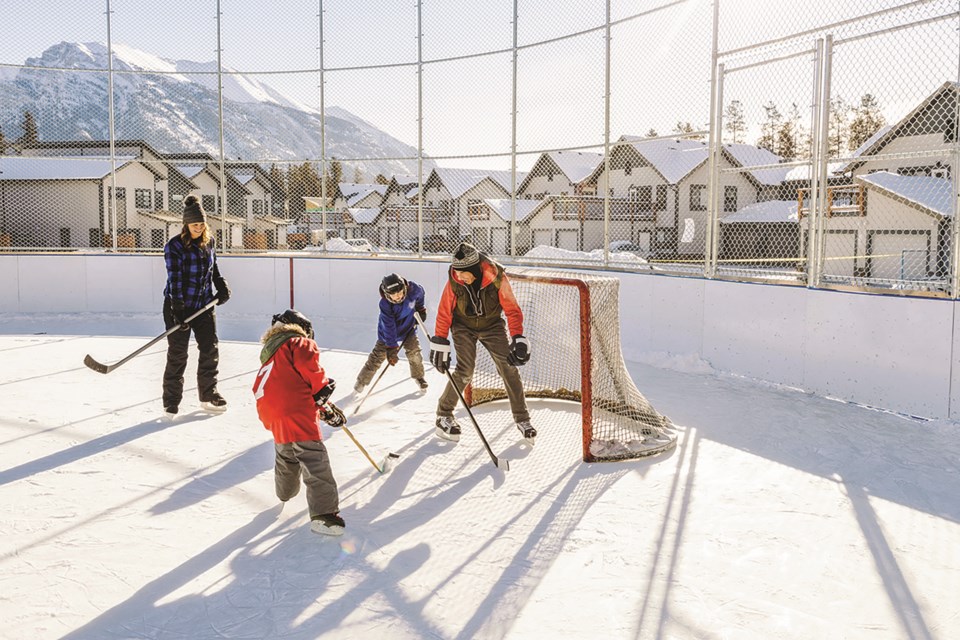 Town of St. Paul council has approved moving ahead with an outdoor recreation facility that will include an arena-sized ice surface in the winter, and surface to play other sports in the warmer months.File photo

Although a specific location has yet to be determined, two options have been narrowed down for the facility that will allow residents to enjoy an outdoor arena-sized skating rink in the winter months, and a variety of other sports in the summer months.

The topic was brought before council during the April 26 regular council meeting.

The Parks and Recreation Board has been discussing the potential project, but came to a stalemate when voting on a location for the project.

The first potential location is north of the Iron Horse Campground, and the second location would be near the new skate park, on land the Town of St. Paul shares with Muni-Corr. When the Parks and Recreation Board members had a vote on location it was tied at five votes for each location.

A preliminary quote on the project pegs the outdoor recreation facility at about $435,000.

Coun. Ron Boisvert asked if there has been any analysis done on the pros and cons of each location. Director of Parks and Recreation Harvey Smyl said no "in-depth" analysis had been done, yet.

It was noted the location north of the campground would be easier to expand existing infrastructure.

Mayor Maureen Miller offered her thoughts, saying there has been quite a bit of feedback and complaints from the area where the skate park is located. Smyl agreed, saying, "we did take lots of calls when the skate park was built" and the Town continues to take calls.

The skate park location would likely offer residents easier access, and would be a more walkable location for many people, although the adjacent road is already quite busy, heard council.

Smyl noted the skating oval that was created this past winter at the campground was well used, which leads him to believe a recreation facility in that area would also be used.

Coun. Gary Ward said the project would "tag team" very well with an indoor recreation facility that is being proposed in the area north of the campground and soccer fields. The area could be accessed from Highway 881, or a secondary road within the town.

Coun. Brad Eamon said he gave the edge to the area north of the campground. He based his decision on the number of complaints being received from the area where the skate park is.

Coun. Norm Noel agreed with Eamon, stating safety as a factor in his choice.

Coun. Nathan Taylor said he was leaning toward the area near the skate park. He said council has talked about making the community more "walkable" and this would be an opportunity to pursue that. He did not support the notion of putting all recreation into one area.

"We make a better community by spreading out resources," said Taylor. He did agree, however, that a tobogganing hill would not work in the location near the skate park. Having parks near homes adds value to those homes, and Taylor didn't feel the outdoor recreation facility was something that should be on the edge of town.

He suggested deferring a decision on the location of the outdoor facility and getting feedback from the community.

"This hasn't been talked about in the community," said Taylor. He voiced his support for the project, but affirmed there should be "more community feedback."

Ward agreed, saying the Parks and Recreation Board wanted to take the idea to the community too.

"It would be nice if the town (residents) had a say," said Ward.

Some councillors did raise concerns about the possibly of a lack of space at the location near the skate park.

In the end, council agreed to pursue the outdoor recreation facility, but did not approve a specific location.