Accused leaves a trail for RCMP 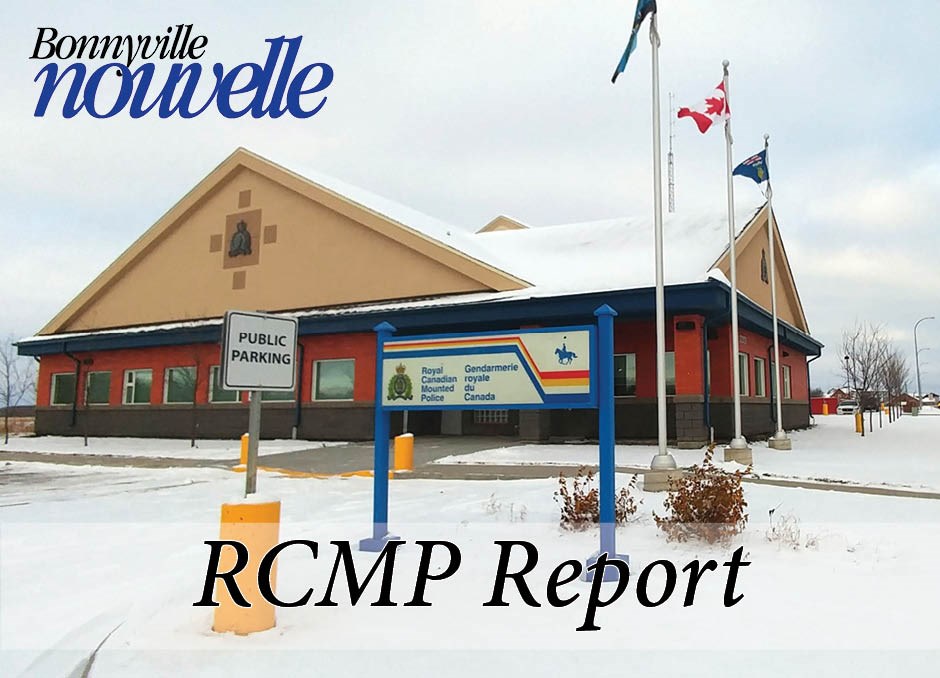 A trail left by the suspect of a single-vehicle collision led Bonnyville RCMP to the culprit.

Travis Slipchuk, 44, was arrested and charged by RCMP following a single-vehicle collision on Nov. 11 where he fled the scene on foot.

Officers followed the footprints left in the snow by Slipchuk to a nearby residence, and after obtaining a warrant, entered the house to make their arrest.

Slipchuk is currently facing charges of operation of a motor vehicle while prohibited, six counts of failing to comply with a probation order, unauthorized possession of a firearm or prohibited weapon, weapons possession contrary to an order or fail to surrender authorization, failing to remain at the scene of a collision, operating a motor vehicle without certificate of registration, and transporting liquor in an open container.

Still charged after refusing to provide a sample

An impaired driver wanting a late-night snack was arrested and charged with refusing to provide a sample on Nov. 8.

An employee of the Bonnyville McDonald's called RCMP about a possible impaired driver that had just passed through the drive-thru.

“Members attended and conducted a traffic stop. The (36-year-old Edmonton) male blew a fail on the mandatory alcohol screening device and was transported back to the Bonnyville detachment where he refused to provide breath samples, so he was charged with refusal,” explained Sgt. Kim Hillier.

It was almost 2 p.m. on Nov. 10 when officers were contacted by a local liquor store after a 41-year-old Bonnyville man had stolen a 1.5-litre bottle of vodka.

Ernie Powder was charged with theft under $5,000 after RCMP attended and located the accused.

Video surveillance shared by the liquor store revealed Powder was the suspect in the theft.

A 26-year-old Cold Lake male decided to make a pit stop, which caught the attention of a local citizen.

"The caller was concerned because it appeared the male had been using cocaine while sitting in his vehicle,” Hillier detailed.

Officers located evidence supporting the complainant's claims, and charged the suspect with possession of cocaine and possession contrary to a weapons prohibition.

“He did have some ammunition in the vehicle," noted Hillier.

The driver reported the theft at 1:50 a.m., after he had left his truck idling in the parking lot to warm up at the local bar.

“The registered owner's belongings from the vehicle were later found on the side of the road west of Hwy. 897 and Range Rd. 425,” stated Hillier.

Police are asking anyone who may have seen someone suspicious near the vehicle, which at the time had Alberta license plate CBV 1907, around the time of the theft to contact RCMP at 780-343-7200.

"Or if you saw anyone suspicious getting into at the cedar barn or throwing things from it on the highway, please contact the police,” added Hillier.

At the time it was stolen, the truck had a license plate BBR 5368.