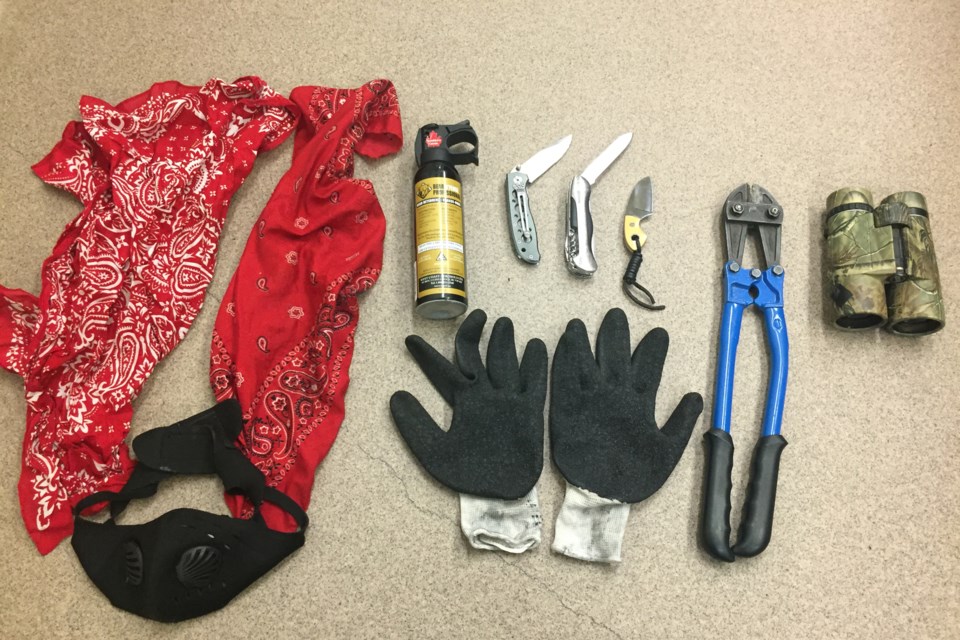 Cold Lake RCMP seized multiple items from a Bonnyville man who was arrested and charged after a robbery in Cold Lake north. Submitted photo.

COLD LAKE - A Bonnyville man is facing multiple charges after police responded to a robbery at an apartment complex in Cold Lake.

It was just after 7 a.m. on Tuesday, Aug. 4 when Cold Lake RCMP were called to an apartment building in the city's north end. According to an RCMP press release, the male suspect had entered one of the units with a can of bear spray and demanded money from several victims inside.

The man fled the area on foot after stealing money from one of the victims.

While the suspect wasn't immediately located, Cold Lake RCMP officers, along with the Lakeland Crime Reduction Unit, went back to the apartment building around 12:41 p.m. after being notified the man had returned to the area.

The suspect was located at a nearby residence. He attempted to flee on foot but was taken into custody without incident.

Olszowka was wanted on multiple warrants from the Cold Lake and Bonnyville RCMP detachments at the time of his arrest.

He was remanded into custody after a judicial hearing and is schedule to appear in St. Paul Provincial Court Aug. 12.