BRFA getting new operation base

BONNYVILLE – A new operation base is coming for the Bonnyville Regional Fire Authority (BRFA). The Town and MD of Bonnyville, along with the BRFA, announced on Oct.
Oct 28, 2020 6:00 AM By: Robynne Henry 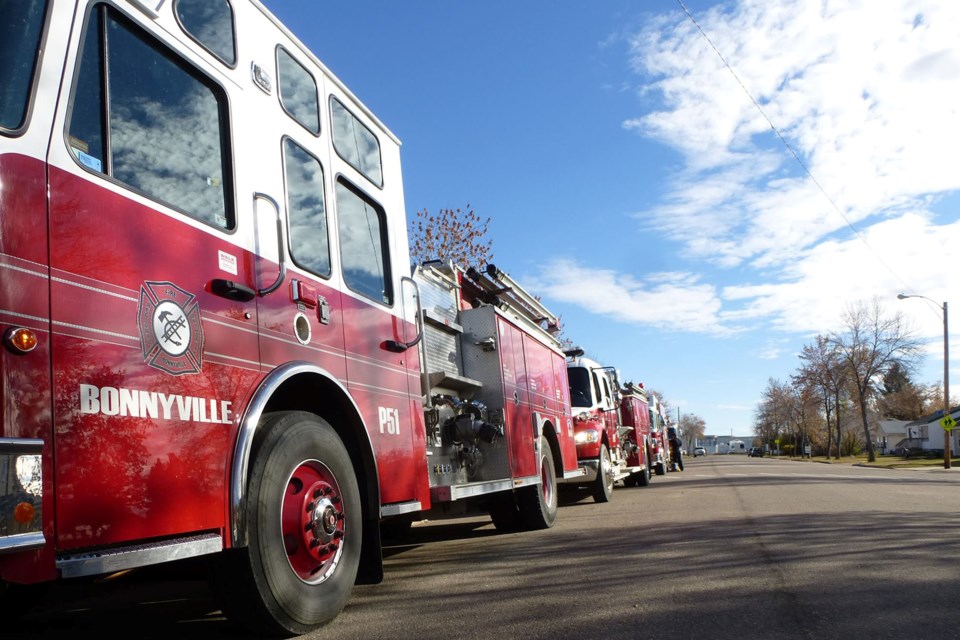 The Bonnyville Regional Fire Authority will be getting a new base operations location. Photo submitted.

BONNYVILLE – A new operation base is coming for the Bonnyville Regional Fire Authority (BRFA).

The Town and MD of Bonnyville, along with the BRFA, announced on Oct. 23 that the BRFA Station 5, administration, EMS, and 911 dispatch centre will be moving to a centralized location at 46213 Township Rd. 612, formally the Kopala building.

MD council made a motion to purchase the building and adjacent land for $3.2-million funded from their cash reserves at their Aug. 31 meeting. The municipality plans to take possession of the building by mid-November, with work expected to start on the facility shortly after.

In a press release, MD of Bonnyville Reeve Greg Sawchuk said, “Taking advantage of an existing vacant building and neighbouring property will save taxpayers in excess of $15-million.”

The growth the area has seen since the BRFA was formed in 1996 was among the reasons for the need for a centralized building, along with upcoming projects and updates and expansions to existing infrastructure. The opportunity to purchase this property came at the right time, the press release stated.

“We’re very excited by the move and look forward to the transition into the new facility, which will allow us to continue to provide an outstanding level of services to the communities we serve for years to come,” detailed BRFA fire chief Jay Melvin.

Town of Bonnyville Mayor Gene Sobolewski described the process as “an example of the positive outcomes when municipalities collaborate for the common good of all our ratepayers.”

“As the purchase of this building has saved both the Town and MD considerable money,” he continued. “I’m proud to be part of the process and look forward to a smooth transition of the services in the next generation of regional emergency services for our region.”

The transfer of emergency services to the new facility is expected to be completed by Autumn 2021.

Bonnyville, Cold Lake Santa Claus Parades cancelled
Nov 25, 2020 4:10 PM
Comments
We welcome your feedback and encourage you to share your thoughts. We ask that you be respectful of others and their points of view, refrain from personal attacks and stay on topic. To learn about our commenting policies and how we moderate, please read our Community Guidelines.