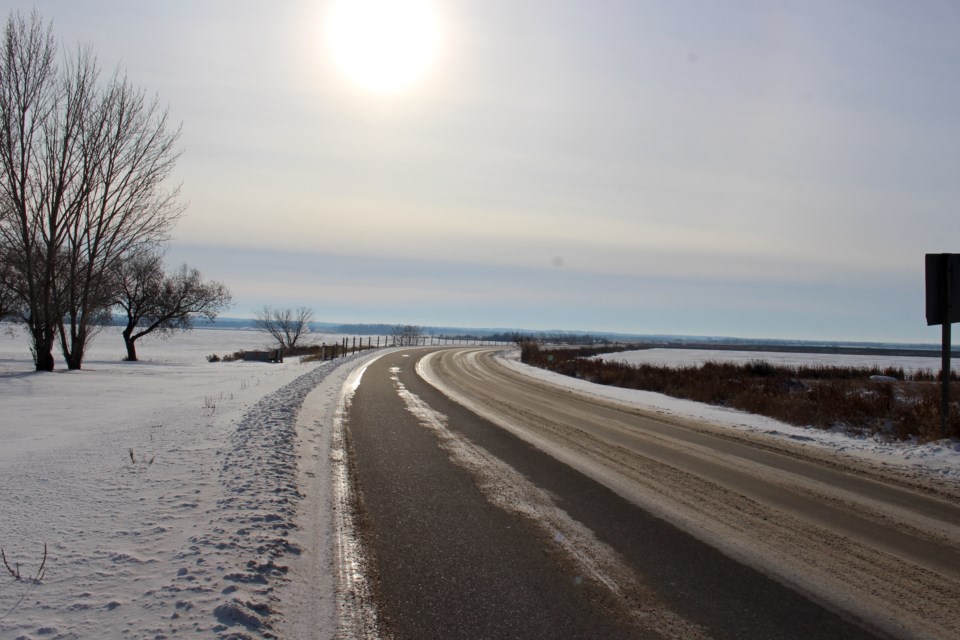 Gurneyville Rd. in Bonnyville is getting a buffer zone that will see the speed limit gradually increase on the way in and out of town. Photo by Robynne Henry.

BONNYVILLE – Gurneyville Rd. is getting a ‘buffer zone.’

Adjusting the speed on the 55th St., which is also known as Gurneyville Rd., leading out of town on the west side was a topic of discussion by Town of Bonnyville council and the policing committee after a few residents petitioned for a slight increase.

“What we’ve decided to do there is to leave the speed limit at 50 kilometres an hour until you get to the south gate of the rodeo grounds,” explained CAO Bill Rogers during council’s Nov. 10 meeting. “Then to increase the speed to 60-kilometres an hour from there to the town limit, so that’s about half a kilometre, and then it will transition to 80 kilometres per hour there.”

Coun. Chad Colbourne, who sits on the policing committee, noted the Bonnyville RCMP and the town’s peace officer both spoke about the slight increase along 55th St. They agreed a slight jump to 60 kilometres was a good speed to go to.

“Generally speaking, when they see these speed limits, if it’s 50 (kilometres) an hour, he said generally people are going about 10 kilometres over.”

According to Coun. Ray Prevost, Gurneyville Rd. is "the only road coming in and out of town that doesn’t have a buffer zone to it."

The change will happen in the coming weeks. Town administration has put an order in for the signs, which will be put in place by the town’s public works department once it’s delivered. Power said it should be done within 30 days.

While council did discuss the possibility of increasing the buffer zone to 65 kilometres an hour, they ultimately decided to go with only 60 kilometres.