Familiar face taking over as Town of Bonnyville CAO 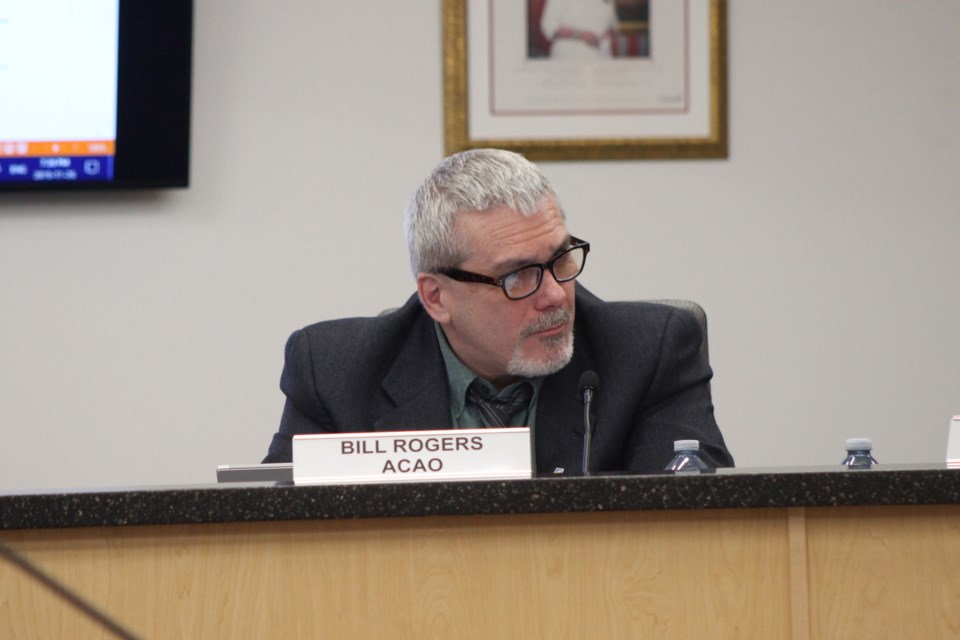 Bill Rogers will be taking over as the Town of Bonnyville's CAO as of June 1. File photo.

BONNYVILLE – Longtime Town of Bonnyville CAO Mark Power is stepping down, and a familiar face will be filling his shoes.

Assistant CAO Bill Rogers will officially move into the head position on June 1, while Power will take on an adviser role until the end of August.

“I’m really honoured that council has asked me to continue on in Mark’s place,” Rogers told the Nouvelle. “I look forward to working with the Town of Bonnyville council in the future; they’re a great council to work with and I’m looking forward to it.”

When Rogers accepted the job of assistant CAO in the spring of 2014, Power was clear there was a possibility of moving into the head CAO position once he was done.

“I made him well aware of the fact that I wouldn’t be here for as long as him, and that I was expecting whoever took the job as assistant CAO would eventually take over for me,” he noted.

The end of August will mark 14 years that Power has been working with the town after his contract was extended two years ago when he wasn’t quite ready to leave.

“It was a pretty exciting time, and I wanted to be part of the (ID 349 coming to fruition) and the regional waterline,” he recalled. “There was so much going on that I felt there would have been a hole in what I would have been doing if I had left at that time.”

It was the death of his mother and mother-in-law that solidified his decision to step down this year.

“You just become aware of your own mortality. I love my kids and all, but I just don’t want to die and give them a bunch of money. I want to enjoy my retirement fund that I built up.”

During his time as CAO, the growth Bonnyville has seen is a highlight for Power.

“We’ve gone through two boom and bust cycles. We’ve seen exponential growth in the community: five hotels built in the time I’ve been here, two large residential subdivisions, and two large commercial industrial subdivisions,” he recalled. “I think those are the biggest things and it’s not because of me. You’d never hear me take credit for it, the idea is we work together with council and it’s the council that actually makes the decision. They set the policy and we as administration here carry it out and make it happen.”

When the interview process began, Rogers put his name forward to be considered.

Mayor Gene Sobolewski said he was impressed by Rogers because of “his credentials and his performance in his current capacity.”

Rogers has been involved in municipal government for 20 years and has held management positions for 15 years. He came to Bonnyville in 2014 from the Village of Ryley, where he was the CAO for three years.

“At the time I was hired, it was forecasted that Mark would be retiring at some point in the future and I saw that as a decent career move for me because being assistant CAO of a municipality like Bonnyville made it so I was able to do more things than as a CAO of a village of 500 people and I was really interested in that,” Rogers detailed.

Rogers fell in love with Bonnyville since moving here, and hopes to be able to finish out his career with the town.

“I’ve worked with four or five municipalities in the last 20 years, and I’d like for this one to be the last one,” he expressed. “My wife and I love the Lakeland, we’ve been here for six or seven years now and we intend to stay. We really love it here, and I’d love nothing more than to keep working with this organization.”

Although it's going to be hard to say goodbye, Rogers is thankful for the opportunity to have worked alongside Power for the last few years.

“I’ve learned so much working with him, plus he’s a friend. It’s always hard to see people go when you’ve worked with them, they are basically part of your family,” Rogers said.

Sobolewski added, “I want to thank Mark for his tremendous service and his dedication as CAO. He’s been fantastic.”

Rogers can’t wait to get to work with town council and staff to continue the work that's been done before him.

“Mark and council have built such a great organization over the years,” he expressed. “They have such a wonderful group of people here and this is a big reason why I want to stay in Bonnyville, probably one of the biggest. It’s not just me being excited about working with council, it’s me being excited to step into a leadership role with such a great organization that’s already here.”