Get out and hustle for a good cause

The Hustle for the House is a virtual fundraiser for the Ronald McDonald House Charities Alberta. Anyone can take part in the walk, run, bike, or ride event from July 19 to 24.
May 13, 2021 10:00 AM By: Robynne Henry 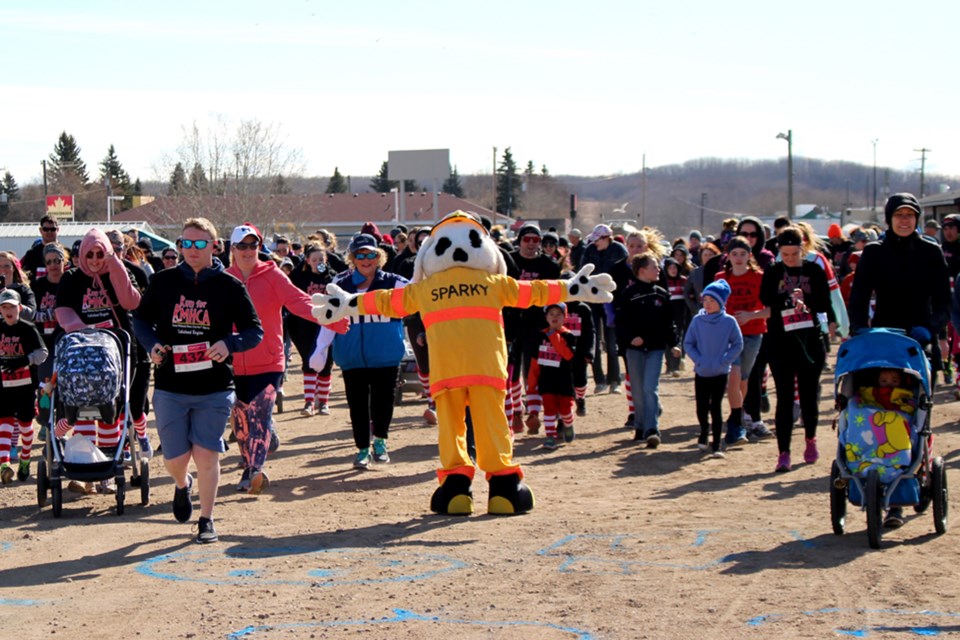 The Hustle for the House will be running for the second year this July. File photo.

LAKELAND – Residents are being encouraged to hustle any way they see fit for a cause.

The Ronald McDonald House Charities Alberta (RMHCA) is hosting its second annual Hustle for the House virtual event. From July 19 to 24, anyone from across the province can walk, run, jog, and ride their bike or horse to show their support.

“You can go out during that weekend to do whatever distance you’d like, whichever way you want to,” explained Oreen Skiba, stakeholder relations manager for the Ronald McDonald House Charities Northern Alberta (RMHCNA) for the Lakeland region.

According to Skiba, there’s a new category for the pets who join in on the activities.

“You can also sign up your dog or horse. We do have a pet bandana that will go to each pet that will participate as well as a prize for the highest fundraising pet.”

She added, “Last year, we had so many great social media posts of families participating with their pets and we thought ‘why not encourage more people to do that?’ A pet is a family member, so we might as well include them.”

This is the second time a Hustle for the House fundraiser is being held to raise money for Ronald McDonald houses throughout the province. There were over 1,250 people that participated in 2020’s walk, Skiba stated, in 191 communities across Alberta who raised roughly $225,000.

“That’s really what we wanted to do by going virtual, which was to go to the communities where families have been supported by the Ronald McDonald houses but they don’t necessarily have a signature event in their community to support. We thought this was a great way to allow them to support in their own communities.”

When asked why their hopes were so high, Skiba said their numbers from last year give them confidence that they’re reachable.

“We thought we were so close last year with 1,285 participants and we raised just under $225,000. We’re hoping that the momentum and the excitement of last year and the addition of the new four-legged furry friends' category will help bump that up. We still have a ton of families who need to utilize the house. Just because COVID-19 is happening, doesn’t mean it’s stopped children from getting ill and needing their services.”

Skiba said in 2020 Lakeland families stayed at a Ronald McDonald House 717 nights. The longest stay being 250 nights, with the average stay for local families being roughly 26.

“The top medical reasons for Lakeland families staying were respiratory, neonatal, neurology, and hearts and cardiology,” she detailed. “We were able to also provide 22 fuel cards for families who had to travel for subsequent visits.”

Although the houses are located in Edmonton, Calgary, Red Deer, and Medicine Hat, Skiba stressed it's people from local communities who utilize them when their children are sick.

“It’s really our families, our neighbours, coworkers, and friends who are using them. So, the fundraising we do in this region is really critical.”

The success that the Hustle for the House has seen has prompted conversations to continue the event, even after provincial protocols are lifted and allow for large-scale fundraisers once more.

“It’s more accessible for people. I know a lot of the families in this area are really engaged in a lot of community activities, whether it’s dance or slow pitch or things like that. Sometimes, the weekend doesn’t work for them to come out and participate. If they have the option to do the virtual walk, they still want to get involved and support them when they can.”

To register, go to rmhcalberta.org.