Greg Sawchuk has announced his intention to run for Reeve of the MD of Bonnyville in the upcoming municipal election.
Jun 5, 2021 3:00 PM By: Robynne Henry 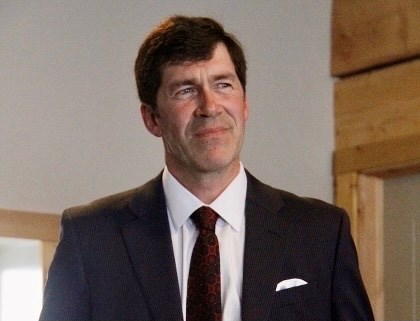 Greg Sawchuk as announced his intention to run for the Reeve of Bonnyville in the upcoming municipal election. File photo.

BONNYVILLE – Greg Sawchuk isn’t quite finished with his role as reeve for the MD of Bonnyville.

Sawchuk announced on June 4 he would be seeking re-election in the upcoming municipal election.

He told Lakeland This Week that he “deliberated over the decision of running for quite a while because it’s not an easy job.”

“There are many days you ask yourself why in the world did you take it on because you are a target. Not every decision you make is going to be fully supported, but I believe that you have to make a stand on issues and that it could be easy to sit back and do nothing, but I don’t think that’s what your elected for,” he said.

One of the reasons Sawchuk decided to put his on the ballot was because he sees the MD as being in a rebuilding process.

“I think there’s room for improvement for how we can provide services to our residents,” he stated. “I think there’s still work to be done in the region. The area is at a very tenuous point where we don’t know where industry is headed in the future and if we don’t get reinvestment, if we don’t continue to re-extract that resource that the region can benefit from, we’re looking at tighter times for all municipalities in the area.”

When asked what accomplishments stood out to Sawchuk in the last four years, he said the ID 349 agreement between the MD, Town of Bonnyville, Village of Glendon, and the City of Cold Lake was a major one.

“Even Municipal Affairs said that was a unique piece of cooperation. It was their recognition of our work and efforts that they rewarded us with ID 349 and were willing to change the boundary and incorporate that within the MD. That decision was huge because it created security for that revenue source for not only the MD, but more so for our urban neighbours,” he said.

Another big-ticket item for Sawchuk was assisting the municipality with running more like a business.

“What I saw was lacking from the beginning was the lack of corporate structure coming from that world and knowing how larger corporations operate. I saw that could be used within the MD to change the way we make decisions, budget, and how we provide services. But that didn’t just happen overnight. It takes a number of changes and it sometimes takes a changing of culture, which can be hard for people.”

Sawchuk isn’t a stranger to the area. He’s lived in the MD since 1984 and bought a farm in 1998. He and his family are actively involved in the property, and they opened Muriel Creek Ranch House, a zero net energy bed and breakfast, in 2013.

This would mark Sawchuk’s second term as reeve if he’s elected. He's always had an interest in municipal politics and entered the 2017 race due to his concern surrounding the overspending of tax payer’s money.

The municipal election is scheduled for Oct. 18. As of Lakeland This Week's deadline, Sawchuk was the only candidate to express an interest in running for reeve.