The Kinosoo Ridge Aerial Adventure Park should have the foundations put in this fall
Oct 9, 2020 2:00 PM By: Robynne Henry 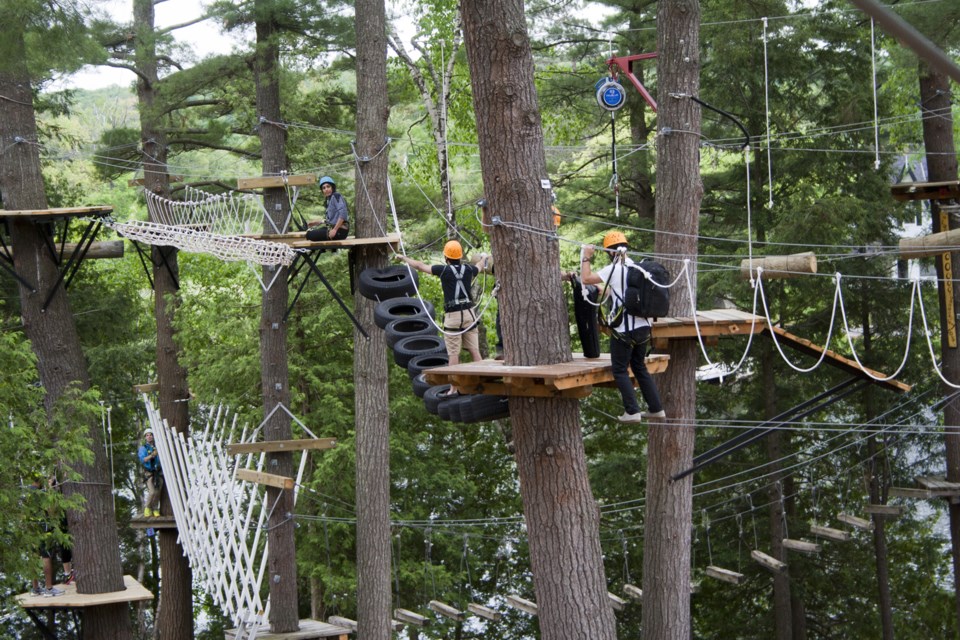 BONNYVILLE – The Kinosoo Ridge Aerial Adventure Park is moving along.

Caroline Palmer, general manager of planning and community services, shared an update with MD council during the Oct. 7 committee meeting on the project.

The plan is to put the foundations of the seven-pole structure in during the fall to minimize the impacts of the opening day in May 2021.

“Having foundations in the ground this fall allows the assembly of the structure to be completed much earlier in the spring,” said Brian Bain, project engineer from McElhanney, in a statement to council.

Where exactly the facility will be located at Kinosoo Ridge is still being determined.

“Right now, we’re working on a location with McElhanney,” said Palmer. “We’re actively designing that site. The seven-pole structure was always with the intent that at some point in the future we would have the ability to add on to it.”

A proposed area to construct the structure leaves room to expand in the future. According to Bain, the "location was suggested as there is a naturally flatter spot across the top and it allows for a pathway to come around the top and away from the wetland on the south east corner of the area, which minimizes the environmental risk.”

When council asked for a concrete design of what the adventure park will look like, Palmer explained it wasn’t complete just yet.

“When we get to the design, we have to represent the MD of Bonnyville theme in this park as well as the First Nations,” she said, adding it would come to council before the go ahead was given to Rigging Specialities to design.

The adventure park will have a capacity of 70 people at one time and would only require three staff members. Youth as young as three years old can enjoy the structure and an accessible area ensures everyone will be able to enjoy it.

It will feature 36 obstacles, a viewing platform, and wheelchair and kids courses.

“The lower levels are generally easier and as you work your way up it gets a little bit tougher as you go,” said Reeve Greg Sawchuk. “The very brave of heart do the upper levels.”

The MD received a helping hand from the federal government when it was given $800,000 from the Investing in Canada Infrastructure program in September.

In order to qualify for the funding, the municipality had to have a minimum of 33 per cent of provincial funding, which it already had through the MSI capital to the tune of $666,000.

The tentative opening date for the project is the long weekend of May.

Town of Bonnyville not cancelling Halloween activities
Oct 14, 2020 2:30 PM
Comments
We welcome your feedback and encourage you to share your thoughts. We ask that you be respectful of others and their points of view, refrain from personal attacks and stay on topic. To learn about our commenting policies and how we moderate, please read our Community Guidelines.