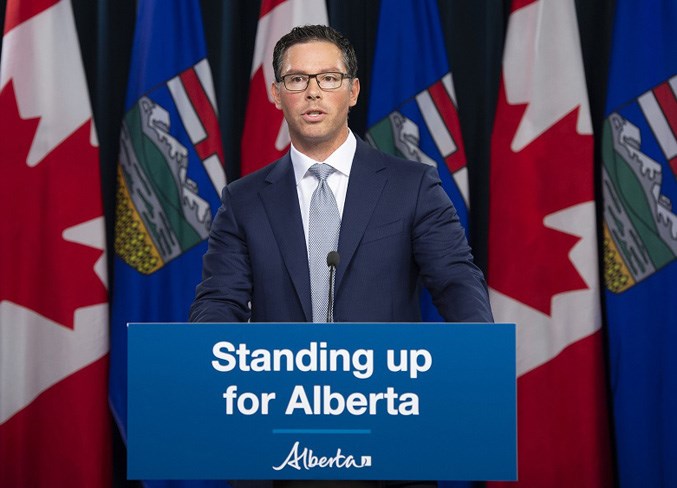 Over the course of the next few weeks, the province’s justice minister will be visiting communities across Alberta, specifically to discuss rural crime.

Areas such as Athabasca, Grande Prairie, and Slave Lake made the cut, however, local towns such as Bonnyville, Cold Lake, St. Paul, and Lac La Biche didn’t.

“I think it’s unfortunate, because there are a number of issues we need to discuss with the minister, but be that as it may, we will continue to reach out to ensure the minister will hopefully come out to this area so we will be able to meet with him as a group, particularly in discussing some of the crime issues and many of the other issues we raised with the previous minister,” stated Town of Bonnyville Mayor Gene Sobolewski.

“It’s a concern for us in that our area, the whole northeast, are one of the few who have managed to band together to tackle rural crime and take that issue to the previous solicitor general,” he said. “We met on mass with the solicitor general, and we still feel as though rural crime isn’t being addressed. We hope that this government will take it seriously.”

Sobolewski and Sawchuk are referring to a sit down meeting the Town and MD of Bonnyville, City of Cold Lake, and local Fist Nations and Métis communities had with the former minister about this exact same issue last year.

“I thought we should have been a shoo-in for a visit, at least in the same format that we had with the previous minister... It was municipalities, the rural municipality, it was the Métis and First Nations all collectively in the room pleading with the minister, talking about our issues, and proving that something needs to be done because we’re in crisis,” stressed Sobolewski.

“What will probably happen is the minister will come up to Lloydminster, Lac La Biche, St. Paul, and Cold Lake-area. That’s a big chunk of real estate, so maybe they’re just rescheduling it for another time.”

He added, “I’m not overly upset about it, it’s what happened. It’s a big province, it’s tough for the minister to get to see everywhere. Hopefully there will be a trip number two and we will get to catch up on that event.”

Copeland noted, Cold Lake is facing some of the same issues as communities like Athabasca.

“I just think that rural crime is everywhere,” he exclaimed. “Something has to be done with the court system. When people do get charged, they’re getting such a light sentence they’re coming back and repeating the crime.”

While he agrees that it would be beneficial to have the minister make a stop in the region, “it is what it is.”

Sobolewski and Sawchuk want the minister to reconsider including the Town and MD of Bonnyville so they can express their concerns face-to-face.

“I’m all in favour of any chance for the public to meet with their elected, and in this case, minister. Sometimes it doesn’t reach them unless they hear that personal story,” said Sawchuk.

“Their role is to hear from the public. Mayors are the spokesmen for their communities, but it’s great to be able to do an open house and to talk to people,” agreed Copeland. “Hearing the stories and frustration, there’s a lot of people in Cold Lake that have suffered from repeated vandalism and repeated threats on a continuous basis, so whether it’s drug-related or it’s the state of the economy, more and more people are feeling as though crime is going up, but I think for the minister to hear it from our residents would be great.”

Should Schweitzer add the MD of Bonnyville to the list, Sawchuk said they would want to discuss ways to better utilize their peace officers.

“We’re finding as far as people that are visible out on the roads, our peace officers are out there and they’re the ones doing the patrolling. Can we make better use of them and have better lines of communication? That’s really what we’re looking at right now,” he stated.

Cold Lake would like to bring awareness to the cost of policing.

According to Copeland, the average RCMP officer costs the municipality roughly $160,000.

“That’s a lot of money, that’s almost a one per cent tax increase. We would hope the province would look at police funding,” he continued.

Other areas they would want to address are the need for additional court time, and the possibility of building more jails.

“We need to toughen up our sentencing, putting away the people coming back repeatedly and doing crime,” Copeland expressed.

Sawchuk added, “I think for us, we just want to reiterate our concerns. What we see is repeat offenders, the revolving door, and the light sentences. All of those things need to be addressed by the solicitor general.”

When it came to what the town would want to bring forward, Sobolewski couldn’t provide any details, but felt it was along the same lines as what they discussed with the former minister, which included the justice system, hiring more Crown prosecutors, and getting additional police officers in rural Alberta.

“This is still in the forefront and is a concern for us and we’re going to continue advocating for exactly that, making sure rural crime is on the radar of the provincial and federal government,” expressed Sawchuk.