MD 'not impressed' with progress on Kinosoo Adventure Park

“This one has been, quite honestly, a disappointment," said MD of Bonnyville Reeve Greg Sawchuk about the status of the Kinosoo Ridge Adventure Park project.
Jul 18, 2021 11:00 AM By: Meagan MacEachern 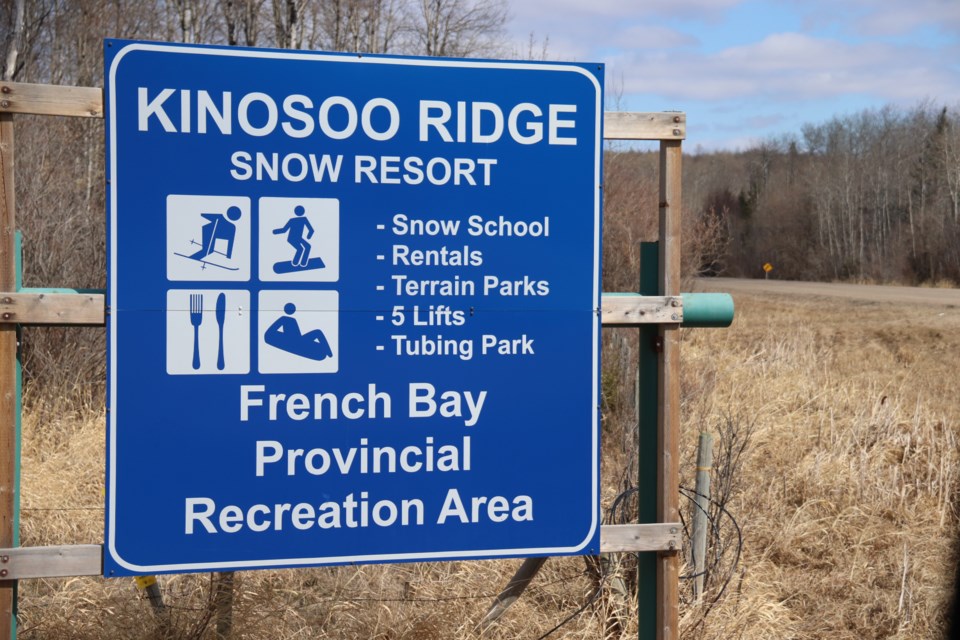 MD council is not impressed with how long the Kinosoo Ridge Adventure Park is taking. Meagan MacEachern

BONNYVILLE - “This one has been, quite honestly, a disappointment."

MD of Bonnyville Reeve Greg Sawchuk said the municipality has made it clear to the company hired to complete the Kinosoo Ridge Adventure Park that they are not impressed.

"We felt there hasn’t been enough commitment to this job and it hasn’t progressed nearly as fast as they had promised in their timeline,” Sawchuk said. "This was supposed to be open in the spring and now we’re looking at next year.”

He continued, “It’s dragged on a whole lot longer than we would like."

The project has been in the works for a few years, after the MD announced their intentions of turning Kinosoo Ridge into an all-seasons destination.

“(The adventure park) was floated very early on, and certainly when it came out as an idea, had overwhelming support because it is truly unique for the area and it would be one of those things that would draw people to the region,” expressed Sawchuk. “When tourists come to an area, they’re looking for something to do for a number of days and this is one of those items that could fill half a day for the kids and themselves."

McElhanney Ltd. is the company hired to assist the MD with the Adventure Park, and during council's meeting on July 14, Project Manager Simon Armstrong-Bayliss provided an update on its status.

The Kinosoo Ridge Adventure Park will consist of three levels, four including a kids and accessible course and will be located next to the magic carpet at the local all-seasons resort.

A kiosk for staff, a giant swing, picnic area, and playground have also been incorporated in the design.

While the structure itself could be finished any day now, MD staff won't be trained until early spring 2022 and there is still site work to be done.

Initially, construction had been expected to start last fall with the intention of the park opening May 2021. But, due to a number of factors, it was delayed time and time again.

Sawchuk told Lakeland This Week that the exact reason the project has been held up is "tough to nail down."

One factor was the product itself was coming from Germany.

Due to the COVID-19 pandemic, the German contractor that was supposed to aid in the installation of the structure wasn't able to enter Canada. Instead, the company had to hire Canadian installers.

Although the structure itself is more or less ready, Armstrong-Bayliss said, there has been some issues with the site work, which includes grading, landscaping, shaping of the area, the pathway, a small playground, picnic tables, benches, and a shaded area, among other aspects.

"It's all the auxiliary features that complete the whole package, other than the structure itself," detailed Armstrong-Bayliss.

After putting the site work out to tender the first time, the MD received a single bid from an Edmonton contractor.

The cost of materials, such as lumber, had also increased, which is reflected in the price. The budget for this portion of the project was $350,000, however, the price has increased to over $1 million.

With that in mind, Armstrong-Bayliss had a few suggestions for council. One was to bump up the budget of the project and award the work to the sole bidder.

"Another one is to remove work from the scope so that the work that is completed is within budget. Another option is to re-advertise the works a third time with the intention of completing the work in full and hope the industry has reconsidered its interest in the work, and then the fourth option is for MD resources to self-perform construction work," he noted.

Aside from the site work, all that's left to wrap up is training MD staff.

"It seems strange, it's ready to go basically but of course, the site hasn't been cleaned up and landscaped. I guess it's frustrating and disappointing," expressed Coun. Dana Swigart.