MD of Bonnyville council has a better picture of the municipality's rules for OHV and ATV usage
Sep 15, 2020 1:00 PM By: Robynne Henry 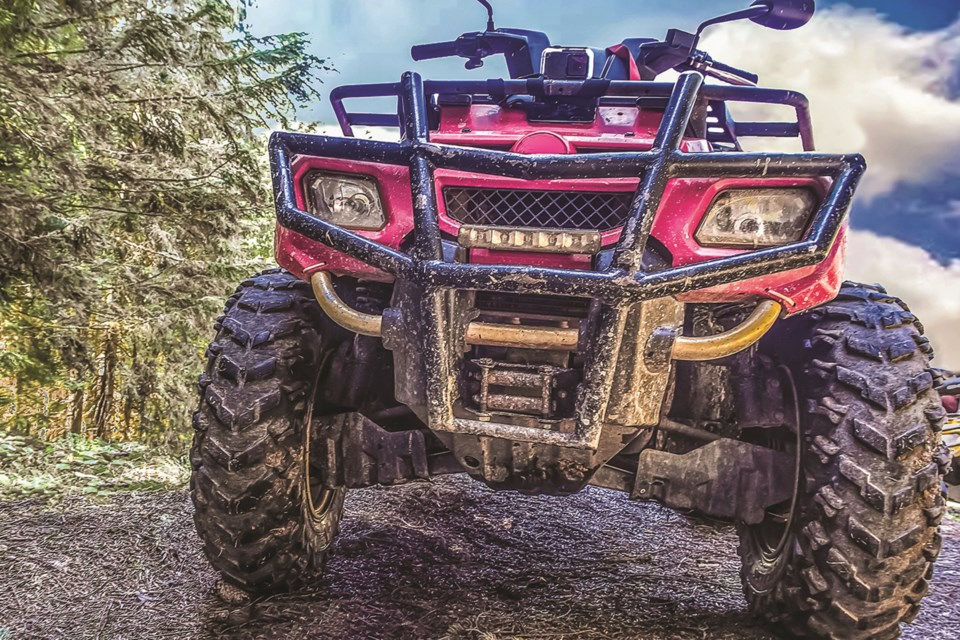 The rules surrounding where ATVs and OHVs in the MD of Bonnyville were explained to council. File photo.

BONNYVILLE – The dust was cleared for MD of Bonnyville council when it came to where all-terrain vehicles (ATV) and off-highway vehicles (OHV) can go, following a presentation by Matt Janz, general manager of environmental protective services, during a Sept. 9 regular meeting.

The 1610 Traffic Safety Bylaw, section five, covers off-highway vehicles, outlining that users are allowed to operate in ditches adjacent to the municipality’s highways. There’s only one exception to this rule.

“There’s one place within the MD that OHVs aren’t allowed, and that is on the Moose Lake Trail by North Shore Heights,” he noted. “There’s a spot there that’s not allowed around the walking paths just so there’s not any (issues) between the walking paths and OHV traffic.”

Those traveling in ditches must be traveling the same way as traffic and cannot exceed 20-kilometres. Any damage that might occur during usage is the responsibility of the owner of the OHV.

There are instances where an ATV or OHV may go onto the highway, which are covered in the bylaw.

“They’re allowed to go on top of the road to go past an obstacle, like a cattle crossing or bridge, because there’s some allowances for them in our bylaw,” Janz said.

Parks and campgrounds are off-limits while using an OHV, unless permission is given from the municipality.

While performing official duties, peace officers, emergency service personnel, or employees of the MD are permitted to use OHVs on any highway.

In the hamlets of Ardmore and Fort Kent, OHVs are permitted to operate on the right-hand edge of streets, avenues, alleys, and laneways as long as the vehicle is being operated by someone with a license to access the Iron Horse Trail. No one can use their OHVs between the hours of 10 p.m. and 7 a.m.

No OHVs are allowed on 49 Street by Ardmore School or the adjacent areas, including the school building, playground, parking lot, and sports fields.

Council asked for clarification on the MD’s rules surrounding OHVs back in August when the province banned the use of them in the forest protection area, which encompasses parts of the municipality.

One question raised by Reeve Greg Sawchuk was about the rules for their neighbours.

“We had some discussions around the use of OHVs coming into either municipality, so either the Town of Bonnyville or City of Cold Lake, to access services be it restaurants or fuel… I’m just wondering if we’re considered OHV friendly to visitors coming to the area using the trail and being able to access these services.”

Janz responded, “Offhand, I don’t know their bylaws by heart. I do know in some cases, and I do believe this is the case for the town, they’re permitted to go down the back alleys to the nearest point of (access) to leave the premises. Most will either go north to the Iron Horse Trail, but I believe they’re allowed to use back alleys. But, I’d have to double-check their bylaws because that’s how it is in our hamlets. They’re allowed to leave through the most direct route to where they’re going to go.”

Janz said he would reach out to the neighbouring municipalities for a bit more clarity on their bylaws regarding OHV use for people coming from the MD.