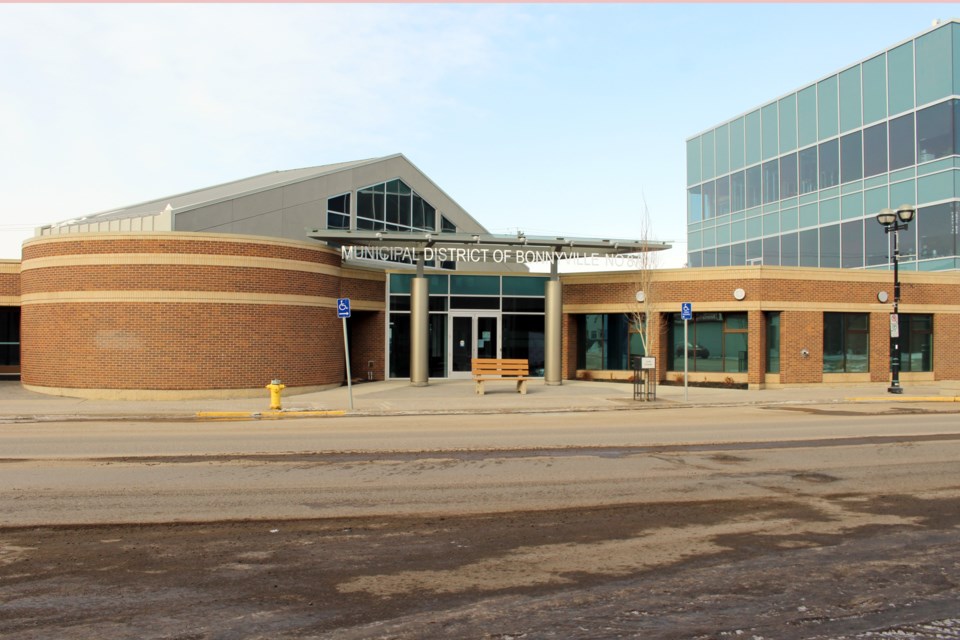 The MD of Bonnyville doing what they can to help residents financially by having the option to defer payments. File photo.

BONNYVILLE – Local municipalities are taking steps to help residents who may be struggling financially.

The MD of Bonnyville and City of Cold Lake are offering deferral payment options, while Town of Bonnyville council is looking into what they can do for those impacted by the coronavirus.

During the MD’s regular meeting on March 25, council agreed to offer residents and property owners a number of options to help them out during this time.

The payments for water, sewer, and garbage have been deferred for three months, until June of this year.

“People are still going to get their bill, but in the bill there’s going to be a notice saying we recognize these are hard times and if you wish to defer payment you can and we’ll deal with it in a few months,” explained MD Reeve Greg Sawchuk.

Those who signed up for the MD’s instalment tax payment plan, which allows residents to pay a portion of their taxes each month, can suspend their involvement in the program.

“Because of where we’re at today, if they wish to opt-out of that program, they can call in and then it will be adjusted when they decide to get back into the program in a few months time,” Sawchuk said.

The disconnection of water and sewer accounts due to unpaid bills was also deferred.

Similarly, City of Cold Lake council will also be offering their residents assistance.

Those on the tax instalment payment plans and any utility bills are being given a three-month deferral. There will also be no late penalties for anyone who misses a payment deadline, and no services will be disconnected during this time.

“With the whole COVID-19 situation, people are out of work and there’s uncertainty right now,” detailed City of Cold Lake Mayor Craig Copeland. “It’s a tool that we’re trying as best we can to help people out right now without any income and people with money being really tight that if they can’t pay their water bill they won’t be penalized.”

Before the adjustment was made, those enrolled in the tax instalment payment plan could miss two installments without being subject to a tax penalty. Any amounts being deferred through the program will be adjusted for the remainder of the year.

Copeland stressed this decision isn’t a waiver of the fees.

“People still need to make the payments, and that’s the important thing. Just like the deferral of the mortgage payments that the bank can offer, in the end, if you want the deferral on your property tax you’re still going to have to pay it.”

Bonnyville town council discussed the possibility of deferring payments, but wanted to explore their options further before a final decision was made. Town of Bonnyville Mayor Gene Sobolewski said the municipality’s cash flow is an important aspect.

“We also need some regulatory changes at the provincial level to allow us to do those kinds of deferrals, and then we can be focused on what the deferrals would look like. What’s a deferral versus forgiveness? If it’s forgiveness, we don’t have the ability to forgive without having some sort of incentive or something else coming from the province.”

With the provincial and federal mandates forcing some businesses and facilities to shut down or offer limited services, Sobolewski stressed there’s “major disruptors in the town’s cash flow.”

“Our taxes are due at the end of June, and right now we’ve got several people, businesses and things like that, that aren’t in operation or they’ve basically shut down. There’s still the use of water, there’s trying to maintain and pay for chemicals we use, and we’re still paying for the electricity that we use and things like that,” he detailed, adding council is advocating to the government for financial support to assist the municipality.

“We need to get some major injections, whether it be some infrastructure dollars where we can invest in infrastructure projects because the programs they’re currently rolling out aren’t going to be sustainable. We’ve got a near shut down in our economy, and you compound that with the layoffs and the decreased oil prices, and we’ve really got to start thinking things through.”

The topic will come back for further discussion at a future council meeting.