OHV, ATV usage cleared up in neighbouring municipalities for MD of Bonnyville

“If we’re trying to attract tourism and have people come over, I think we should definitely have a talk with all of our neighbours as far as finding more friendly access to it."
Oct 24, 2020 7:00 AM By: Robynne Henry 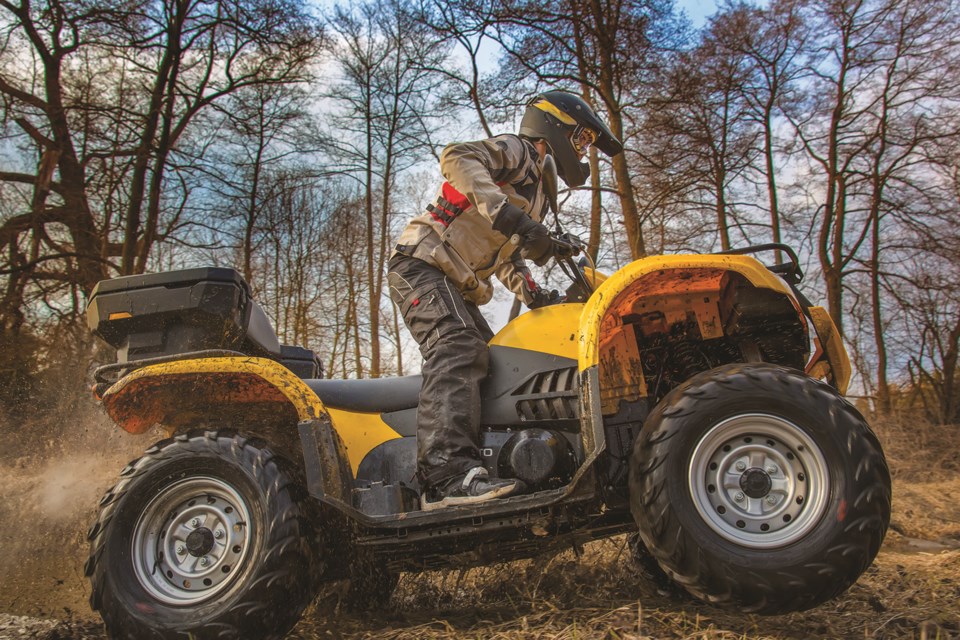 MD of Bonnyville discussed the possibility of making the area more user friendly for OHV and ATV riders. File photo.

Matt Janz, general manager of environmental protective services, made a presentation to council during the municipality's Oct. 20 meeting, outlining the rules and regulations in the City of Cold Lake, Town of Bonnyville, and Village of Glendon when it comes to road allowances.

“They all are pretty similar to one another,” Janz noted.

When looking at the town, users are permitted to enter and exit "to commercial and industrial zoned districts to obtain food, fuel, lodging, and repairs."

Coun. Ben Fadeyiw noted this could limit exactly where someone can go.

“It says you can go and attain food and lodging but then (on) their map, those roads lead to no food or lodging,” he said.

Janz responded, “I think the only place that would be acceptable is on the west side of town (by) the new Shell station and the Neighbourhood Inn area. Other than that, you just have to keep on the Iron Horse Trail or exit the town by the nearest back alley and then to the roadside.”

Cold Lake has similar hours when ATVs or OHVs can’t be operated within city limits, which is from 10 p.m. to 7 a.m. The maximum speed a driver can go is 30-kilometres per hour or less if posted at a reduced speed.

Designated trails, alleyways, or service roads shall be used for travel instead of streets, travelling to and from a service station will be done via the shortest route possible, and they’re also allowed in the ditch beside the highway.

Glendon had very few restrictions for OHVs and ATVs, which includes not exceeding 26-kilometres per hour and not operating them between the hours of 11 p.m. and 7 a.m.

“You can pretty much do whatever you want in Glendon,” Janz stated.

During discussions, the idea of having dialogue about improving access to accommodations and restaurants was brought up.

“If we’re trying to attract tourism and have people come over, I think we should definitely have a talk with all of our neighbours as far as finding more friendly access to it,” said Fadeyiw.

Reeve Greg Sawchuk wondered if signage would offer some assistance to communities.

“This kind of goes back to the meeting we had with the Iron Horse Trail in regards to their strategic plan, and part of the discussion there was if you wished to make it more attractive for users, you have to have something for people to go and do and eating and sleeping is certainly an important issue.”