Peace officers may get enhanced authorities 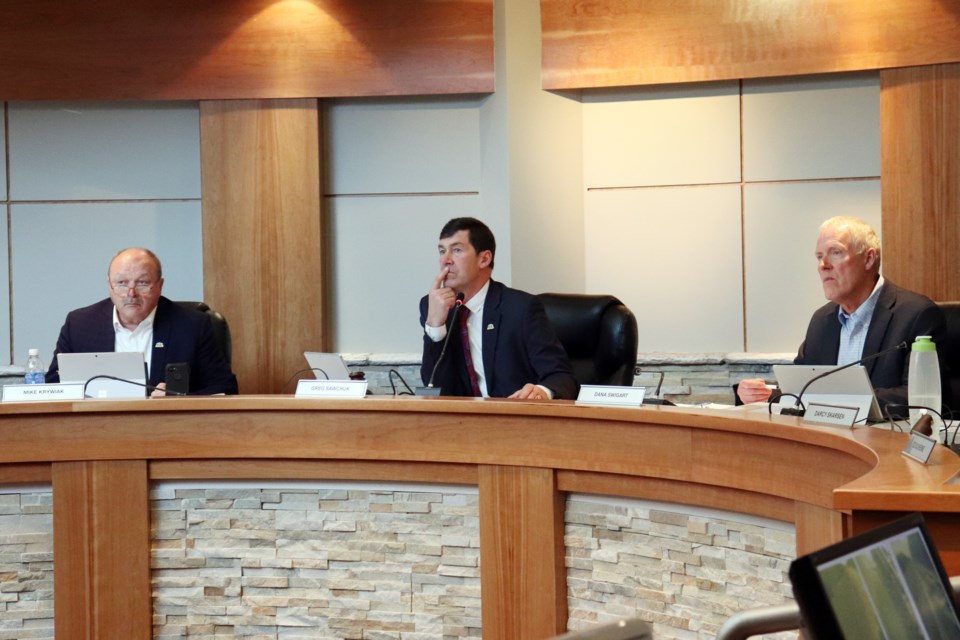 BONNYVILLE – Peace officers in the province could be getting enhanced authorities, MD of Bonnyville council heard from the Minister of Alberta Justice and Solicitor Kaycee Madu.

During a March 24 MD of Bonnyville meeting, council went over a letter it received from Madu in response to the municipality's request for the province to consider giving peace officers enhanced authorities.

“This is the first time I’ve seen a letter of this sort,” noted CAO Luc Mercier. “They’re actually considering enhancing the authorities that our peace officers have and they have a pilot project going on now where peace officers could potentially be able to deal with the investigation of theft and mischief less than $5,000 and non-injury vehicle collisions.”

In the statement, Madu stressed that "fighting rural crime continues to be a top priority for the Government of Alberta."

“The roles and authorities of the 400 Alberta peace officers in the Fish and Wildlife Enforcement Branch and the Alberta Sheriffs Branch... will be expanded in the creation of a Rural Alberta Provincial Integrated Defense (RAPID) Force to assist the RCMP and other police services in response to rural crime,” he continued. “In addition to that, we have met with the RCMP to discuss support for enhanced authorities for community peace officers.”

According to Madu, enhanced authorities are available to community peace officers since the Peace Officer Act came into force, but does require the head of the police service of jurisdiction to support them.

This part of Madu’s statement made Coun. Dana Swigart request clarification of what the municipality would have to do to give its peace officers enhanced authorities.

“I’m happy to hear that they’ve done (the pilot project), but he says in his letter that we can already do that. We can do it, but we need the authority of somebody else. We need some kind of local authority to get us started and doing that.”

Mercier responded, “I don’t believe it’s very easy for us to do more than we’re doing right now at this stage in the game, but we will get more information on that.”

The pilot project began in 2020, Madu stated, in select Alberta communities"‘with the intent of offering this option to all municipalities where the RCMP is the police service of jurisdiction." The first phase includes peace officers having the authority to investigate theft and mischief under $5,000 and non-injury vehicle collisions, while the second part addresses arrests related to criminal warrants.

“A number of factors are being assessed, including training requirements, access to RCMP databases to support sharing of investigation files, officer safety, and other factors, like communication with the RCMP,” said Madu.

Council will discuss enhanced authorities for its community peace officers at a future meeting when administration gathers more information on the subject.