Winterland Invitiational going ahead in 2021

The Winterland Invitational will put a challenge out to teams across the province to fundraise and play someone within their cohort during the month of February
Oct 21, 2020 8:00 AM By: Robynne Henry 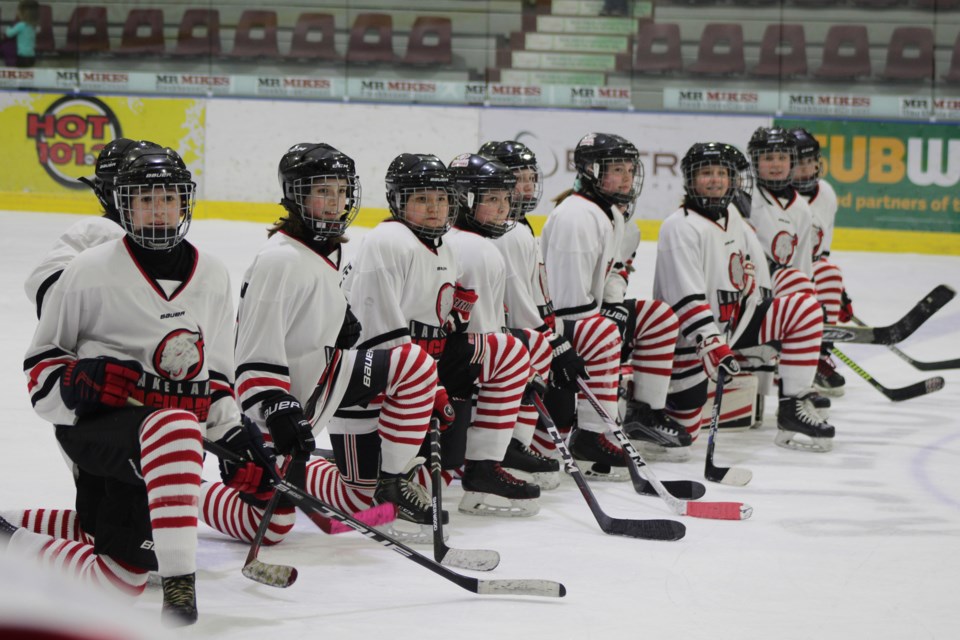 The 2021 Winterland Invitational will be a month long event where teams will challenge a group in their cohort on their home ice. File photo.

BONNYVILLE – The Winterland Invitational is going to have a unique year in 2021.

Instead of tournaments happening in local communities over the Family Day long weekend in February, it’s going to be a month-long event that will hopefully happen across the province.

“With the threats and challenges posed by COVID-19 and the health and safety of all of our participants in the sport being of paramount importance, we needed to find a way we could bring our hockey community together in a safe manner and raise much-needed funds in support of Alberta’s Ronald McDonald Houses (RMH),” expressed Oreen Skiba, stakeholder relations manager for the Ronald McDonald House Charities Northern Alberta (RMHCNA) Lakeland region, to Town of Bonnyville council during their Oct. 13 meeting.

According to Skiba, Hockey Alberta isn’t sanctioning tournaments at this time.

A plan was formed to ask teams across the province that have expressed interest in participating in the past to play a game within their cohort on their own ice from Feb. 5 to 28.

“We’ll be asking them to challenge somebody within their cohort who hasn’t been involved in the Winterland Invitational so that we can expose them to it.”

In 2020, over 125 teams reached out in hopes of playing in the Winterland Invitational, Skiba stated.

The tournament has also been opened to an adult division, which is a first in the events four-year history. Previously, the tournament was aimed at younger teams, such as in 2019 when 36 atom and peewee hockey teams participated.

“We really feel this will allow us to increase the number of teams who can participate and continue to build the momentum and interest for years to come,” Skiba noted.

Coun. Chad Colbourne wondered if the Winterland Invitational would continue to allow older teams to participate past the 2021 event.

Skiba responded, “Yeah, we’d definitely be open to opening (it up). Moving forward, we really like the idea of having an adult division continuing to run virtually and then have the tournament be specifically for children. Opening it up to bantam or back into novice would definitely be something that we would consider.”

Tournament packages will be sent to teams ahead of Feb. 5. Skiba said they would include ‘iconic Winterland pieces,’ such as the striped hockey socks for each player, a heart and hustle award, announcer script, sponsor puck, and a poster to hang during the game.

Prizes will be available for the groups and individuals who fundraise the most. Teams will be asked to publish photos and scores from their games utilizing #WinterlandInvitational.

“I can’t wait until March where I can post that there were over 6,729 goals scored on behalf of RMH,” exclaimed Skiba.

With the coronavirus pandemic happening, Skiba stressed fundraising events such as the Winterland Invitational are more important than ever to give families a place to call home during a difficult time.

“RMHC Alberta is more than just a roof over a family’s head, it’s an essential service as much now as it was before COVID-19. Our four houses in Alberta, because our Medicine Hat House just opened, aren’t a nice to have. They’re a must have.”

Town council will discuss the $8,000 request from the RMHCNA Lakeland region for the Winterland Invitational during their upcoming budget deliberations.

Historical Bonnyville church gets a second chance
Nov 22, 2020 10:00 AM
Comments
We welcome your feedback and encourage you to share your thoughts. We ask that you be respectful of others and their points of view, refrain from personal attacks and stay on topic. To learn about our commenting policies and how we moderate, please read our Community Guidelines.