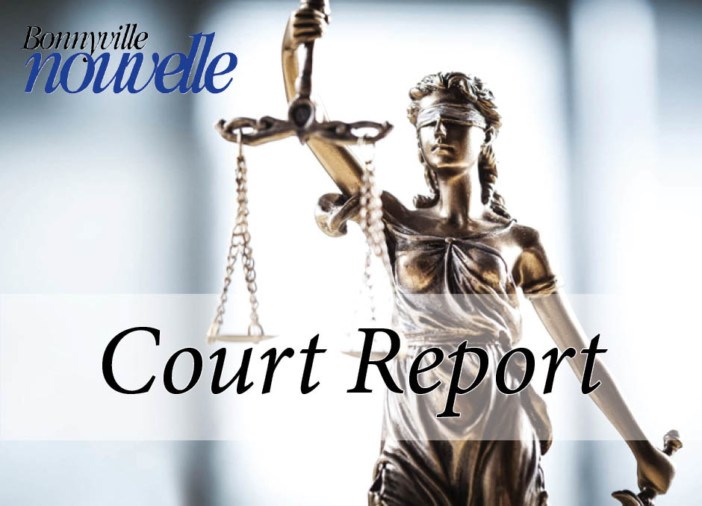 BONNYVILLE - Sara Jeanette McGillis, a woman facing at least a dozen weapons-related offences that stem out of Elk Point, was granted release from prison on strict conditions.

Honourable Judge Kathleen Williams granted the 21-year-old bail after she appeared in the Bonnyville Provincial Courthouse via CCTV from the Fort Saskatchewan Correctional Centre on Feb. 4. Although she was released from prison, it was under strict conditions requiring McGinnis to attend a 28-day treatment program at the Bonnyville Indian-Metis Rehabilitation Centre. Upon completion, McGillis is to surrender herself to RCMP so she can be transported back to jail.

Crown prosecutor Jordan Kerr outlined a series of events that took place in the Elk Point RCMP detachment area last year, all of which McGillis is accused of being a part of.

On July 8, 2019, RCMP attempted to stop a stolen Ford truck in the Fishing Lake area. The vehicle fled, but was immobilized after officers deployed a spike belt.

McGillis was among those arrested at the scene. At the time of the incident, McGillis was under a recognizance from March 16, 2019. She was released the day after her arrest on a new recognizance.

The accused was still under these conditions when she was arrested on Sept. 3, 2019, when police were notified of a stolen vehicle believed to be involved in a series of crimes.

Officers located the suspect vehicle in the Fishing Lake area. It fled in the direction of Onion Lake before crashing into the ditch. The driver and a second suspect fled the scene on foot, while McGillis and another individual involved remained in the vehicle and were arrested. During a search of the vehicle, RCMP found two loaded firearms.

McGillis was released Sept. 5, 2019 on another recognizance.

Over a month later, on Oct. 19, 2019, Elk Point RCMP responded to an assault in the Fishing Lake area.

According to the victim of the assault, a vehicle followed him as he was driving home. When he reached his residence, several people got out of the vehicle and approached him.

He told police he was hit over the head with an object and fell to the ground. The suspects continued to assault him before taking his wallet.

The male identified McGillis as one of the assailants.

She was also recognized by a witness as one of the suspects of an armed robbery that happened on Nov. 5, 2019.

When Elk Point RCMP attended the Fishing Lake residence, they noticed the side patio door was smashed. Three people inside, who were at the house at the time of the offence, provided their own description of events involving several individuals coming into the house, demanding money, threatening to kill a dog, and a shot being fired.

McGillis wasn't arrested by police until she appeared in court on Jan. 15, 2020 where she pleaded guilty to possesion of stolen property over $5,000 and weapons-related charges from a previous offence.

The onus was on McGillis to prove she was suitable for release, and according to her defense counsel, Stephanie Oleksyn, the plan they had in place would address any of the concerns the court may have with granting her client bail.

Chief Crown prosecutor for St. Paul, Jordan Kerr, was against McGillis' release on the secondary grounds, which refer to whether detention is necessary for the protection or safety of the public.

He noted all of the offences McGillis has been accused of happened while she was out on bail.

According to Oleksyn, her client's troubles all started after her father died and her mother became ill, leaving her on her own in Fishing Lake. She fell into a bad crowd and became addicted to methamphetamine.

Oleksyn was confident that releasing McGillis to her grandfather, who would then take her to the Bonnyville treatment program a few days later, would be a suitable release plan. Counsel had confirmed there was space for McGillis at the centre, but before she would be given a spot she had to undergo a medical exam.

Kerr stressed rehabilitation can be difficult, and "it takes a lot of dedication," which McGillis has failed to prove in the past based on her pattern of breaching court orders.

While Williams agreed that McGillis attending drug treatment would benefit not only herself, but also the public, she had difficulty with Oleksyn's suggestion that she remain in the community once she finishes the program.

Williams said based on the accused's record, she wasn't in trouble with the law "at all" until she became addicted to meth, "which is all too common in this jurisdiction."

She granted McGillis bail on conditions that she be released into her grandfather's care and remain in his physical presence 24-hours per day until she is admitted into the 28-day treatment program, which she must complete. If she fails to finish the program or isn't admitted, she must turn herself into RCMP immediately.

McGillis is also to go back to jail after she finishes treatment. During her brief time between custody and rehab, McGillis must keep the peace, be of good behaviour, have no contact with any of the other individuals involved in any of these offences, follow the rules of the treatment centre, remain at the program at all times, abstain from drugs and alcohol, not attend the Fishing Lake or Frog Lake communities, and report to a bail supervisor daily by telephone.

Williams explained to the court that it's in the best interest of the public for their property and safety that McGillis attend treatment and address her addictions issues, which are the root of her criminal behaviour.

McGillis will appear in court in St. Paul Feb. 13 to speak to her charges.

"This will be your one chance. If you're not smart enough to take it, you're likely going to spend a lot of time in jail," Williams told the accused.

Another adjournment for Halfe
Feb 26, 2020 7:00 PM
Comments
We welcome your feedback and encourage you to share your thoughts on this story. We ask that you be respectful of others and their points of view, refrain from personal attacks and stay on topic. To learn about our commenting policies and how we moderate, please read our Community Guidelines.