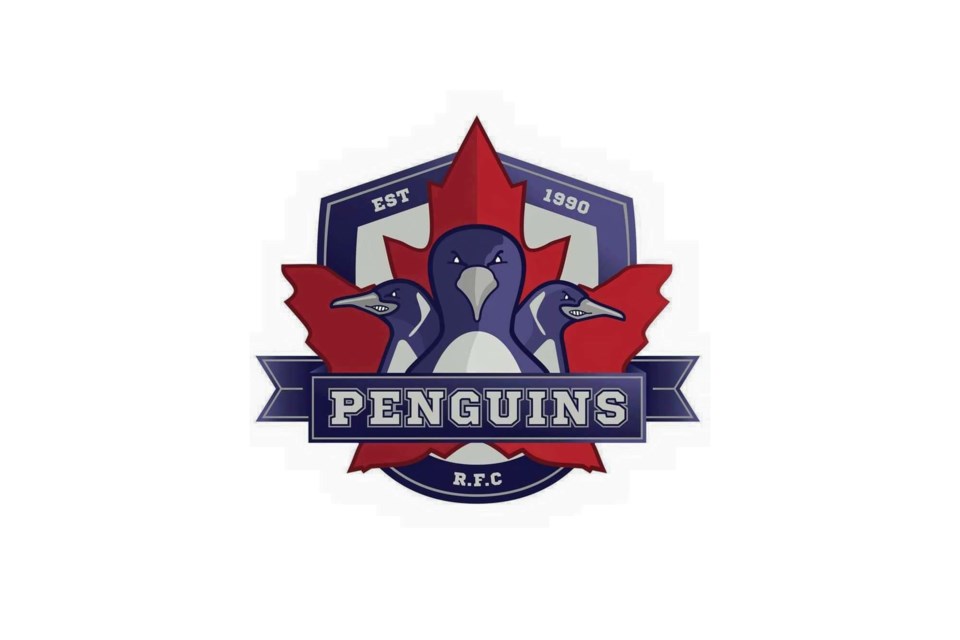 The Cold Lake Penguins Rugby Club is hosting a three-on-three street hockey tournament in April as a fundraiser for players to attend a international rugby competition and KidSport Bonnyville. File photo.

COLD LAKE – Members of the local rugby club are trading in their ball for a hockey stick.

The Cold Lake Penguins Rugby Club is hosting a three-on-three road hockey tournament from April 24 to 25 behind the Cold Lake Energy Centre.

“It’s a fundraiser for KidSport Bonnyville and our (men’s team),” noted Nick Campbell, social director for the Penguins and organizer of the event. “Our teams been invited to an international rugby tournament in the United States for the May long weekend. This event is helping us get there, along with making a charitable donation to KidSport Bonnyville.”

Although the finer details are still being ironed out by the Penguins, teams with up to seven players can register for a fee and will be competing for a cash prize. The club is hoping to raise as much as they can through the event.

When they were deciding on what they wanted to do as a fundraiser, Campbell came up with the idea for a road hockey tournament.

Penguins president Sean Verheyde added, “We decided we would try to get more people to come out to have more teams if we play hockey as opposed to a rugby tournament or anything of that nature.”

To mark their 30th year in Cold Lake, the team will be headed to Missoula, Montana from May 15 to 18 to compete in an international rugby tournament.

“One of our members has been around since almost the beginning of the club, and he said he remembers going to Montana. He said he had a lot of fun, it was a good time, and there’s usually some good rugby going on,” Verheyde explained. “Not only are you playing guys that you sometimes see in normal matches in Edmonton, there’s also new guys you don’t always get the chance to see. It’s an international tournament with guys coming form Wales, Australia, and New Zealand. We get to see a lot of different styles of rugby.”

The hockey tournament will also act as a recruitment event for their men’s and women’s teams to ensure they have the minimum 15 players required to participate.

Verheyde noted they’ve had issues with interest surrounding their female team, but are hopeful to have enough athletes this year.

“It’s looking pretty good,” Campbell said. “We’ve been having some early training sessions already, and the participation was pretty high for January.”

The tournament format requires teams to have a minimum of 15 players, which is a typical rugby format. Games can also be played with seven athletes on the field, but Berheyde believes the higher number makes the game better suited for anyone to play.

“You can have the out of shape person who hasn’t showed up for many years, hasn’t been active and now wants to be active, we can find them a spot on the 15 (-person) team. Whereas, (with seven it’s) more of a faster pace and you want the faster runners and people that are in better shape.”

Even if someone doesn’t want to participate in the tournament in the United States, Campbell and Verheyde encouraged them to try rugby out this summer if they’ve been thinking about it.

“For the last few years, we’ve had low numbers but we’ve been fortunate that we’ve combined with the Lloydminster Reapers Rugby Club,” detailed Verheyde. “We’ve managed to get together the numbers, but the guys in Lloydminster said the goal is to have two separate teams, one from the Cold Lake and Bonnyville area and a team from Lloydminster as well.”

To register for the tournament, contact Campbell at 587-435-3080 or by email at nick.campbell@purefocusapp.com.

Over $60,000 of stolen items recovered following joint RCMP operation
Feb 19, 2020 2:00 PM
Comments
We welcome your feedback and encourage you to share your thoughts on this story. We ask that you be respectful of others and their points of view, refrain from personal attacks and stay on topic. To learn about our commenting policies and how we moderate, please read our Community Guidelines.