In a joint statement, Cold Lake has confirmed their Canada Day festivities will go ahead as scheduled with the support of Cold Lake First Nations. Residents are being encouraged to wear orange and partake in a moment of silence during the opening ceremonies in recognition of the mass graves found at residential schools across the country.
Jun 30, 2021 12:00 PM By: Meagan MacEachern 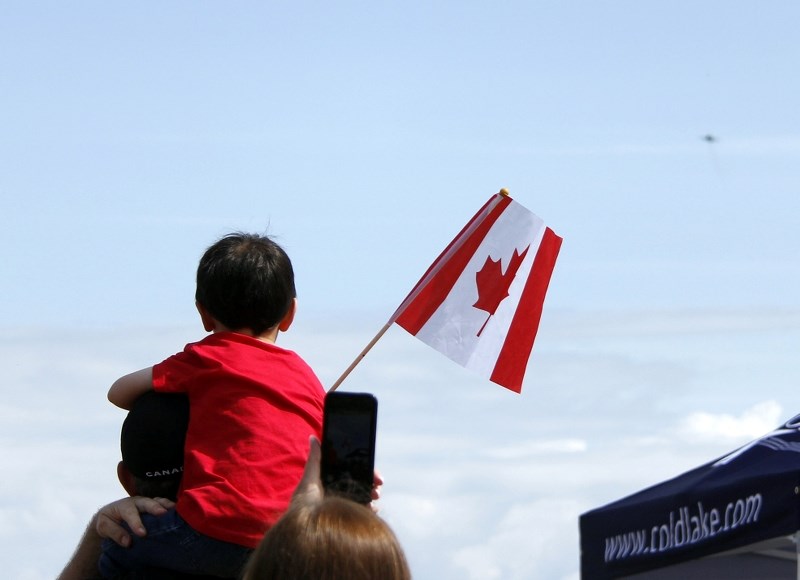 The City of Cold Lake will hold their Canada Day celebrations as scheduled, with the support of CLFN.

COLD LAKE - The City of Cold Lake will celebrate Canada Day with the support of Cold Lake First Nations (CLFN).

A joint statement issued by the city and CLFN says they will "stand in solidarity and in mourning for the recently recovered mass graves, totalling over 1,300 unidentified children across six Indian Residential School sites."

Rather than reschedule the events slated for July 1, as some municipalities across the country are doing, the city and CLFN are asking the public to wear orange on Canada Day.

"There will be moment of silence during the opening ceremonies of this year’s celebration, and fireworks will be dedicated to honoring the profound recovery of the unidentified bodies," the statement, signed by CLFN Chief Roger Marten, notes.

City of Cold Lake Mayor Craig Copeland told Lakeland Today he has received several phone calls and emails from residents urging the municipality to cancel or reschedule Canada Day to CLFN's Treaty Days on July 10, or even later in the summer when they host Aqua Days.

Copeland said while he can understand people's desires to postpone the event, "we are moving forward.

"To have CLFN and the city come together with a joint statement "I think, says something," he added.

"Having Canada Day, I think, is important as a community to come together and be united and have a conversation," Copeland said. "We're celebrating Canada and being Canadian. We have a major issue in our country, a travesty that happened many years ago. Let's identify it, let's speak about it."

The local First Nations community will be reciprocating the city's recognition during the Canada Day ceremonies during their annual Treat Days Celebration on July 10.

"This is the time we need to come together as friends, neighbours, and allies to honor and acknowledge all those impacted by the Indian Residential School System. This is the time to be on the right side of history," the statement from Marten reads. "We can begin with small steps like educating ourselves on the Truth and Reconciliation Commission of Canada: Calls to Action and learning about local Indigenous history and culture."

Copeland noted the city has always had a strong relationship with CLFN.

He said, "Both entities go about doing business very well. We have great partnership when it comes to water and sewer and we are here to assist the chief and council in any needs that they need."

In closing, Marten said, "Our community is hurting; it is times like these that we need to stand together.”