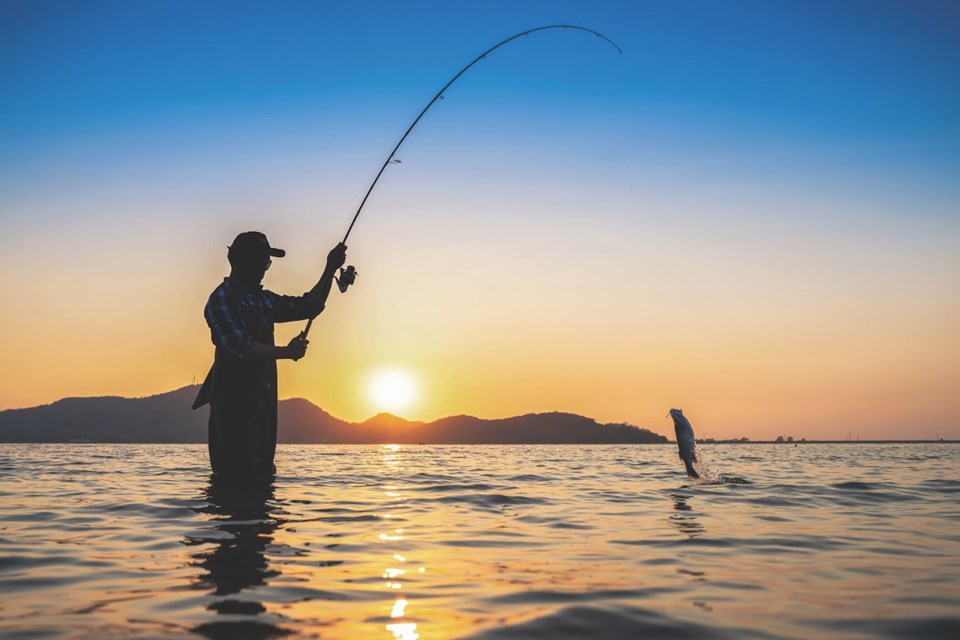 Changes made to regulatory and licensing by Alberta Environment and Parks allow pond owners, private lake managers, and the aquaculture industry tiger trout to their water bodies. File photo.

Changes made to regulatory and licensing by Alberta Environment and Parks have added tiger trout as a licensed species of trout in 2021 for the Alberta aquaculture industry and private pond owners throughout rural Alberta. This includes farmers, ranchers, and recreational property owners.

The licensing change from Alberta Environment and Parks is the "culmination of years of cautious study, conversations between government and industry, and planning for the further introduction of the species," a press release stated.

According to Craig Copeland, hatchery manager at the Cold Lake Fish Hatchery, the provincial government has been stocking tiger trout in ponds across the province since 2015.

“We’ve gone from three lakes in Alberta to now we’re up to 29 or 30 lakes each year,” he told Lakeland This Week.

Tiger trout are a hybrid of brown and brook trout. The species is desirable to anglers and sport fishers because of its unique "fighting style." Tiger Trout in Alberta cannot reproduce. This enhances the fish’ capacity to grow to large size after several years in water bodies with an abundance of food.

“The beauty of the tiger trout is it’s kind of a niche fish for the anglers, so a lot of the private pond customers have been asking the private agriculture companies (for them),” Copeland noted. “There’s quite a few companies in Alberta that raise fish for a living and then turn around and sell them to people who put fish in their ponds. They have to have a license, which means they have to have it inspected to make sure that it meets the provincial requirements. Then they’d be granted a license and then they order their fish from a private company they have to give them their license number. They then work with that company. In Alberta, a lot of the trout hatcheries raise rainbow trout, Burke trout, and brown trout. Now they’ll be able to raise tiger trout.”

Another aspect fishermen enjoy about tiger trout is that "it strikes the lure or the fly quite aggressively and then it goes right down," Copeland stated.

“As soon as it hits your hook, it goes right down and then the fishing lure goes right now,” he added. “It’s quite an exciting fish to hit. It’s going to be cool for the private guys to start raising them and they’ll probably start selling the fish to the customers late this fall or next spring.”

The expansion of licensing for tiger trout into the aquaculture industry comes after almost eight years of careful, science-based introduction to the species into Alberta water bodies.

“We’re very careful on the stocking ratio, available food, and other considerations when stocking tiger trout. Tigers are a bit slower growing, they take a few years to develop and food availability is very important,” said Copeland in a press release. “For working with the aquaculture industry for stocking, there has been a very clear direction at AEP that our hatcheries can supply surplus to them. We’ll be providing eggs and fingerlings to fish farms, and pond owners can purchase stock from fish farms.”