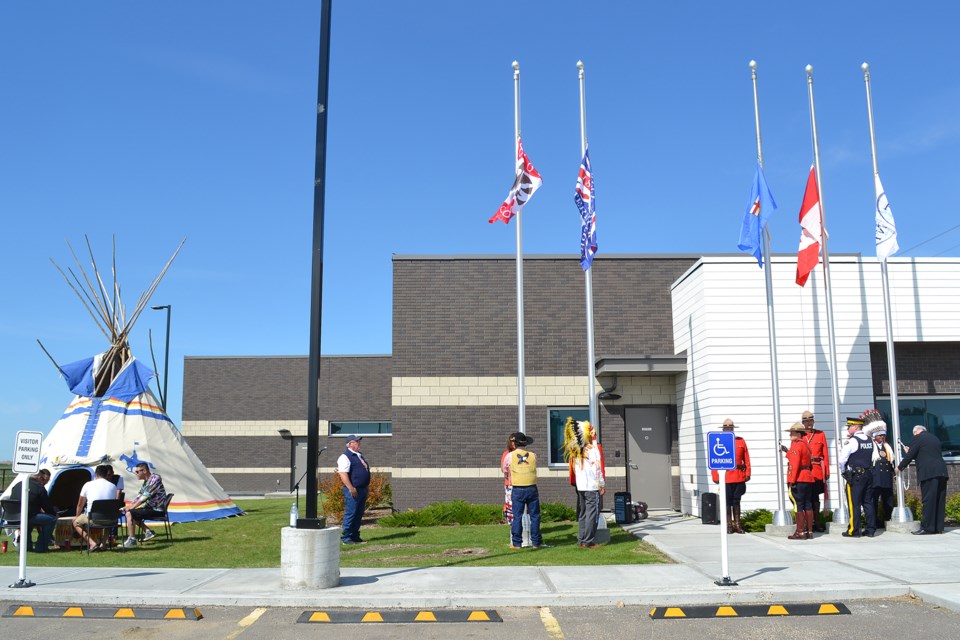 ELK POINT - Five flags were proudly hoisted aloft at the Elk Point RCMP Detachment on National Indigenous Peoples Day, June 21, as a drum group in front of a teepee bearing RCMP symbols and where a pipe ceremony had been held earlier, sang an honour song.

The flags of the Métis Settlements and Treaty Six Territory fluttered atop a pair of newly installed poles beside the Alberta, Canada and Elk Point flags as dignitaries circled in front of them in a round dance before coming forward to give their perspective on this special occasion.