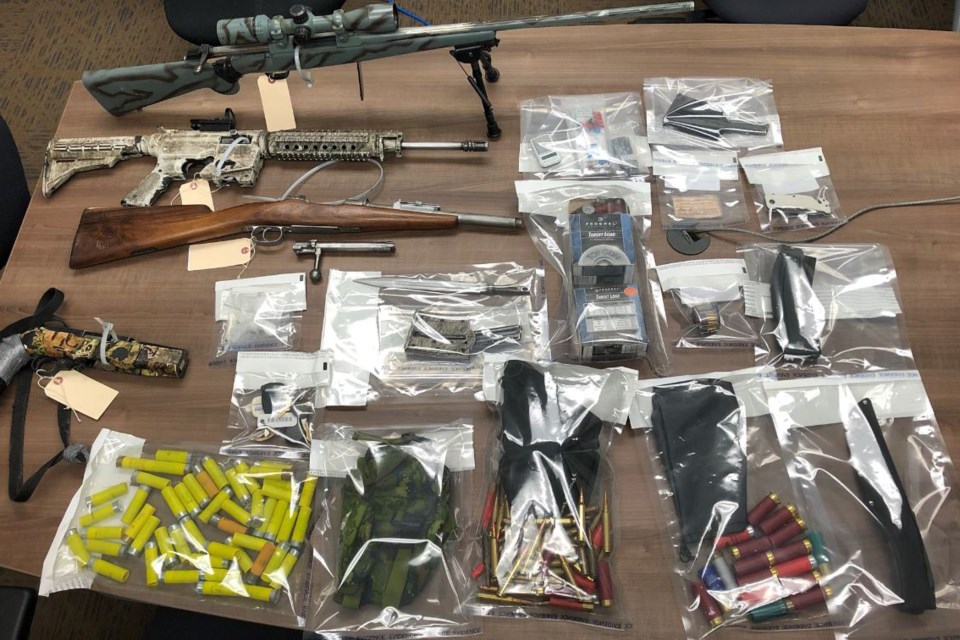 A variety of items, including what is suspected to be methamphetamine, was seized by RCMP on Nov. 10. RCMP photo

ELK POINT - Elk Point RCMP and the Lakeland Crime Reduction Unit were able to locate two wanted people, after receiving information that the individuals were driving around in stolen vehicles and were in possession of firearms.

On Nov. 10, with assistance from the Eastern Alberta District Rural Crime Reduction Unit, officers located one of the reported stolen vehicles at a residence on Frog Lake First Nation.

The vehicle, which was found to be stolen from Bonnyville in October, was parked in the driveway. Two men were arrested at the residence, one of them was located hiding in a freezer, according to RCMP.

Police located and seized with what is believed to be methamphetamine (5g), drug paraphernalia, ammunition, and four firearms, some of which were loaded inside the residence.

Byron Crane, 37, of Saddle Lake, and Kristen Podolecki, 40, of Fishing Lake were arrested and charged with the following offences:

·         Possession of a weapon for dangerous purposes

·         Possession of a firearm knowing possession is unauthorized

·         Possession of restricted firearm with ammo without licence

·         Possession of methamphetamine for the purpose of trafficking

Podolecki was additionally charged with weapon possession contrary to an order and fail to comply with release order condition (x2).

Both were remanded into custody after a judicial hearing and will be appearing today in St. Paul Provincial Court.