RCMP respond to vehicles stuck in a field, make arrests 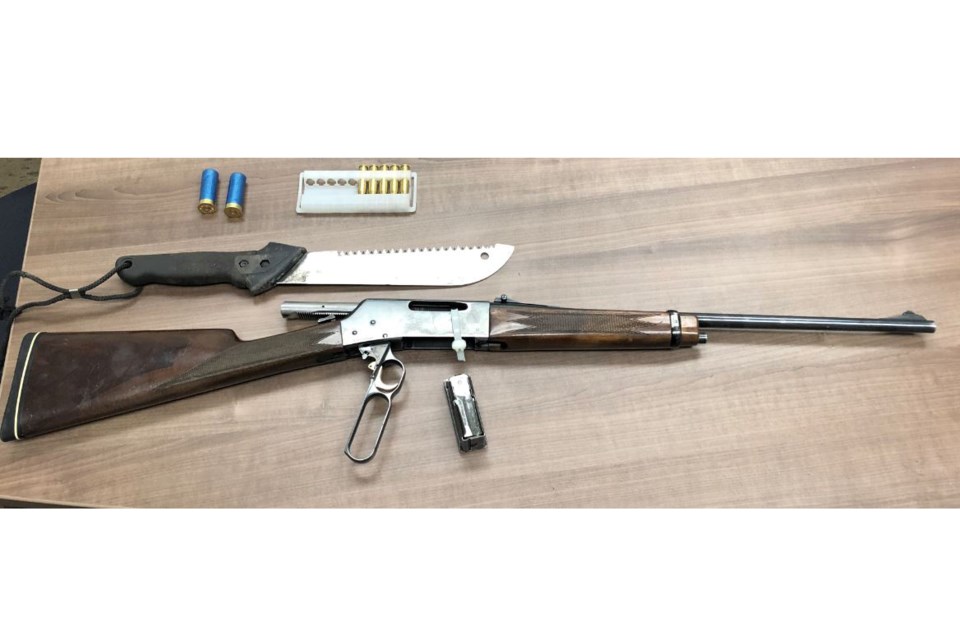 FROG LAKE - A report of two vehicles stuck in a field in Frog Lake resulted in a rifle, ammunition, and knife being seized by RCMP.

"Further investigation revealed that the two vehicles were stolen in November 2020 from Bonnyville and Lloydminster," according to RCMP.

While doing a search of one of the vehicles, a rifle, ammunition and a knife were seized by police. None of the four suspects held a firearms licence and as a result they were arrested.

·         Possession of weapon for dangerous purposes

Jimmy was also charged with failure to comply with condition of an Undertaking.

All accused were released after judicial hearings and are set to appear in St. Paul Provincial Court on Dec. 3.