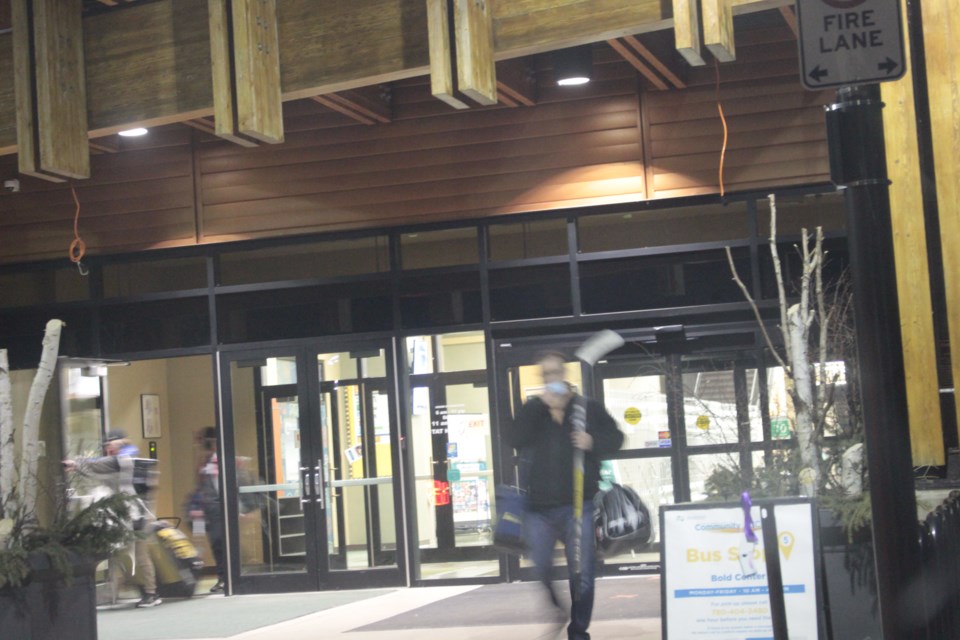 A coach for one of the Lac La Biche Minor Hockey Association's training camps held in late March was one of the last to leave the building before provincial pandemic measures closed recreation centres. With one sheet of ice remaining in the building, there is hope some hockey activity could return in the Open For Summer Plan.Rob McKinley

LAC LA BICHE - Ice will remain at the Lac La Biche Bold Center after councillors received numerous requests from the community in favour of keeping one ice rink intact this summer.

After removing the ice from one of the two rinks as part of regular summer scheduling in May, municipal administration recommended to council two weeks ago that the remaining ice sheet at the Bold Center’s twin arenas be removed for the duration of the summer to save money following months of underutilized rentals and a provincially mandated closure of the facility in early April.  That decision met some fierce public criticism

Considerations on cost-saving measures were quickly reassessed by municipal offiicials after hearing from the public and the most recent announcements from the provincial government that indoor youth and adult sports are likely to resume before the end of the month.

Based on the provinces “Open For Summer Plan,” the Bold Center could welcome users as early as June 10 if vaccination numbers in the province reach the 60 per cent target outlined in the stage two phase of the reopening plan.

The conversation was further amplified by an outpouring from residents contacting their councilors after the story about the possible ice removal appeared in the Lac La Biche POST. The feedback was strong, asking the County to keep the ice frozen until skaters could return to the Center.

“I've spoken to quite a few hockey parents and boy they want this ice,” said councillor George L’Heureux, explaining that many residents are ready to return to play once provincial measures allow it.  “As soon as they can they are gonna go.”

Nearly all councillors said they had received calls requesting that the ice stay put.

Cost savings from defrosting the ice were not enough to deter council’s desire to keep the Bold Center’s rink available. Administration determined that only $7,368 would be saved over the next nine weeks from the removal and reestablishment of the arena’s last sheet of ice.

“It is a not a substantial savings,” said councillor Colin Cote. “As much as I hate seeing it sit there empty, running an ice plant in the summer, I think I would hate even more to pull it out and then all of a sudden, the need for it arises.”

Although Council has agreed to keep ice in at the Bold Center this season, there will be a two-week period where the rink will be non-operational while maintenance is carried out. County administration will consult with user groups to determine when the best time is for repairs.

Once the restrictions are eased, ice rental booking will be taken at the Bold Center for the summer months, with COVID-19 protocols in place.