Apr 28, 2021 12:13 AM By: Rob McKinley
Previous Next
1 / 1 Laurie Mulgrew, a recent Kikino resident was at the rally to show support for human freedoms. She holds her own, homemade mask exemption card she created from global and federal information.Rob McKinley
Expand
Previous Next

Laurie Mulgrew's rally sign at the April 16 Enough is Enough rally in Lac La Biche didn't have anti-government slogans on it.

"More Love" and a heart shape on one side. "Less Fear" on the other.

And despite the small print that said, "Media is the virus", the Edmonton-born 50 year old who now lives in Kikino, was happy to speak to the POST about her reasons for attending the event. She doesn't follow the rally circuit and isn't on facebook, but as a self-professed "world traveller" she is aware of government-based challenges faced by global populations.

"I wholeheartedly belive that as sentient, free beings we have our individual responsibility and right to take care of our own being  —  and I respect everybody's right to do that," she said during an interview as the rally's organizer shouted out "Freedom" calls in the background to the 100 people in attendance. "I just wish the powers that be would respect my choice to do that."

Mulgrew says she's embraces the freedom to be able to stand up for her rights. But a little over a year ago, that wasn't the case.

In the fall of 2019 she sold all of her belongings and planned to travel around South America for as long as she could. She got to the military-run country of Panama in March.

"I arrived in a city and less than a week later all the hotels were being shut down, the bus system, the planes. I was trapped down there — they shut the country down," she said explaining that the military government told any non-residents to "hang-out" close to the main airport as something very near to martial law took over the country seemingly overnight.

A humanitarian flight out of the country arranged by the Canadian government left a week later. Mulgrew wasn't on it. She had been taken in by a local woman and had been staying in a home rather than finding a sleeping spot among the masses near the airport. Another flight brought Canadians home on April 11. She didn't make that ride either.

"There were just so many people, older people trying to leave," she said.

Mulgrew spent four months in Panama, living under a regime that scheduled when people could leave their homes.

One woman per household could leave their property on Mondays, Wednesdays and Fridays ... for two hours based on the last number of their ID card or passport. Men were allowed out on Tuesdays and Thursdays.

"I learned very well what a communist country or a tyranny looks like," she told the POST.

In late June of 2020, she managed to board a Brazilian-chartered plane out of Panama and eventually made her way back to Canada to stay with family in Richmond, BC.

Is that why she was at the Lac La Biche rally? After that ordeal, she didn't want to see freedoms lost or abused in this country?

According to Mulgrew, it's already going that way.

"I know the extremes and how quickly it happened," she said, recalling people she saw in Panama wearing eye-covering sleep masks over their mouth and nose because the lockdown happened so quickly that no one had masks or instruction on what to do.

But she says it's also been evident on home soil.

She was in BC for the summer of 2020. COVID was around, but not front-and-centre, she said.

"Everything was fine, almost nobody was wearing masks ...then one day, BC Transit said masks were mandatory. Just like that — 99 per cent of the people were wearing masks in one day," she said, explaining that she won't wear a mask. She has even made her own exemption card filled with guidelines and research from the provincial government and the World Health Organization. "I respect the people who want to wear one  — as I'd hope they would for me. I've never owned a mask. I refuse to wear one."

Mulgrew says she understands that everyone has their own freedoms to choose and she can respect that. She simply doesn't think the global pandemic is as bad as it is being portrayed because she hasn't seen "people dropping in the streets." She thinks that either the numbers of people dying from other illnesses are being included in the coronavirus  deaths, or that "COVID has cured all diseases." She loves math, researches virus and health statistics and says it's her choice to make her own decisions.

And that's why she was at the Lac La Biche rally.

"There is nothing more important than my rights and freedoms," she said, adding with a wide grin that she's also choosing to be in this region as a fail-safe if the country quickly slips into the Panamanian nightmare she has already lived through. "I fundamentally feel I'm going to get back to nature. So if the world goes to s--t, you'll find me in Kikino."

Though the freedoms shared at the local rally were seen as given rights and a way to spread the freedom message, it has done little to slow the spread of the virus in the community. Since the event, confirmed cases in the Lac La Biche region have increased significantly, including new cases in the Aurora Middle School that forced school officials on Friday to shut down all Grade 8 classes, sending students and staff to home-based quarantine 14 days. All students on at least one NLPS school bus route in rural Lac La Biche County have also been forced to close-contact isolation for 14 days after at least two people on the bus tested positive for the virus this week.

Cases of the coronavirus in the Lac La Biche region have jumped from single digits just over a week ago to more than 40 in the urban and rural municipal areas.

According to the latest World Health Organization information, protective mask continue to be an integral part of the fight against virus spread.

"Masks should be used as part of a comprehensive strategy of measures to suppress transmission and save lives; the use of a mask alone is not sufficient to provide an adequate level of protection against COVID-19," notes the WHO website information page. "If COVID-19 is spreading in your community, stay safe by taking some simple precautions, such as physical distancing, wearing a mask, keeping rooms well ventilated, avoiding crowds, cleaning your hands, and coughing into a bent elbow or tissue. Check local advice where you live and work." 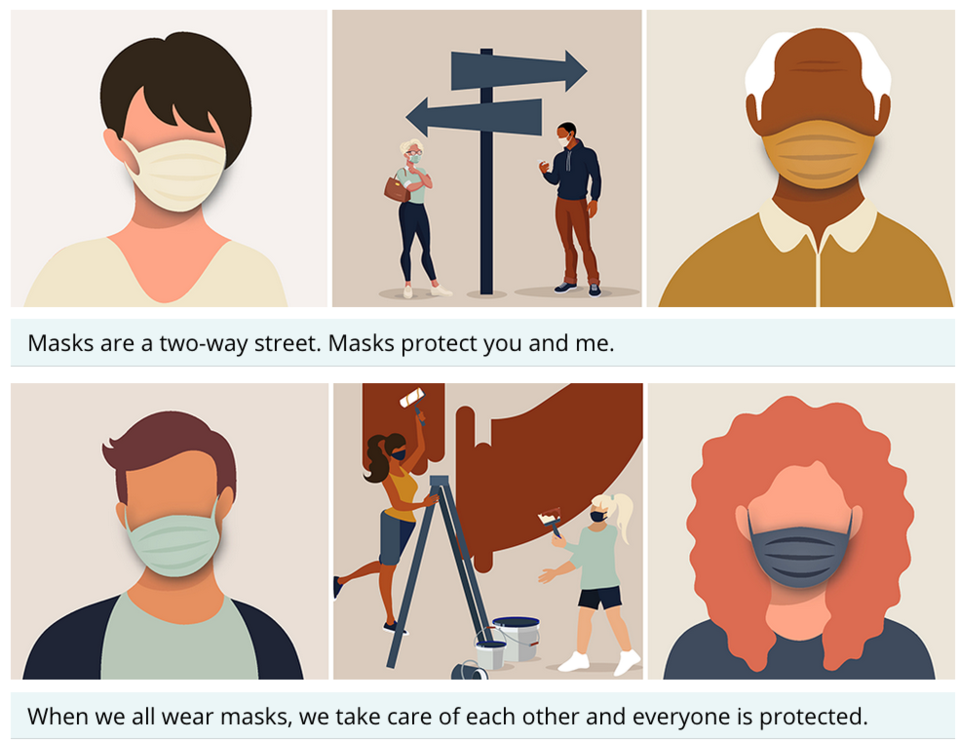 A similar message continues to be sent from the Centres for Disease Control (CDC) and Prevention.

"Masks are an additional step to help prevent people from getting and spreading COVID-19. They provide a barrier that keeps respiratory droplets from spreading. Wear a mask and take every day preventive actions in public settings," states the US-based organization's website.

Early this week, the CDC did modify their cautions, saying  people who have been fully vaccinated don't need to wear masks outdoors except in crowded settings.

In Alberta, provincial health officials are also continuing to mandate mask use as a way to reduce the transmission of the virus.

"COVID-19 can be spread by infected individuals who have not yet, or who may never develop symptoms. Masks, including homemade cloth masks or non-medical face masks, are another way to reduce the risk of spreading COVID-19 in areas where physical distancing may be challenging or not possible," states the province's COVID-19 website.