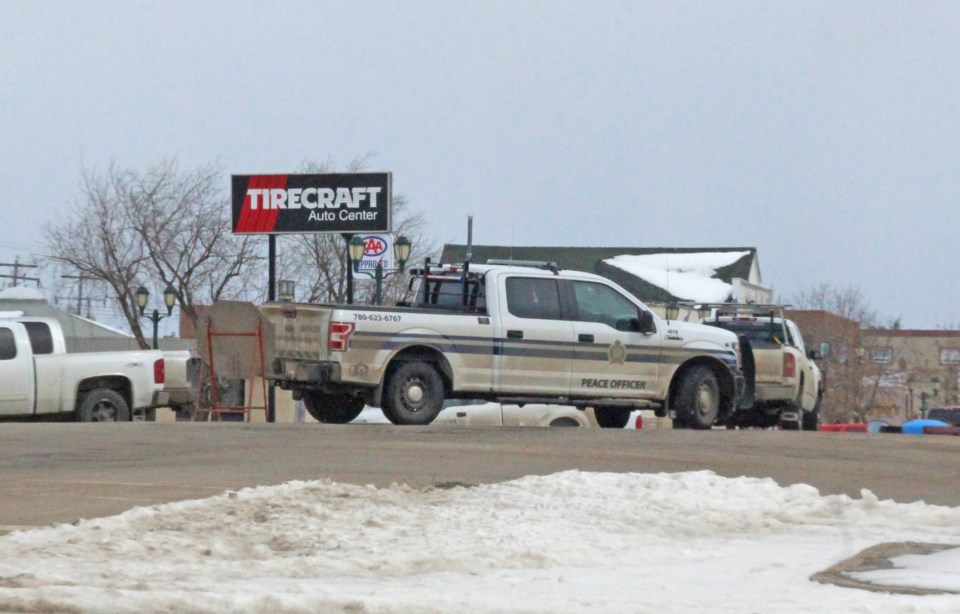 Peace officers responding to a several complaints in the hamlet of Lac La Biche on New Year's Eve issued a violation ticket to a resident said to be hosting a social gathering contrary to provincial Health Orders. File Photo

LAC LA BICHE - Lac La Biche County officials aren't releasing a lot of details, but they are saying Community Peace Officers issued a violation ticket to at least one homeowner on New Year's Eve for hosting a family gathering in violation of provincial health orders.

Chris Clark, the municipality's manager of Enforcement Services wouldn't give an exact location for the call, saying only that the ticket was issued to a resident within the hamlet of Lac La Biche.

He said Community Peace Officers were called to the area after receiving complaints of a New Year's Eve party. Clark said officers determined extended family members who didn't reside at the home had been invited to the residence.

The gathering was in direct contravention of provincial health orders that had been in effect and highly publicized for several weeks. On Dec. 8, enhanced measures were implemented by provincial officials as a State of Public Health Emergency was declared in Alberta. The measures prohibited all indoor and outdoor social gatherings. The measures remain in effect.

Clark said the New Year's Eve ticket was the first one issued by the municipality's peace officers. He added that while he prefers education over enforcement, the safety of the general public is paramount.

"As a law enforcement agency our role is to protect the public, and that means dealing with COVID-19 measures and regulations that are laid out by the Province," he said. "When our Peace Officers do receive complaints that are in clear violation and there is a blatant disregard for the public health orders, we have to take action."

Aside from the party call, Clark said there have been very few formal complaints from residents in recent weeks relating to COVID-19 violations in the community.

On New Year's Eve, peace officers also handed out a disturbing the peace ticket to a homeowner who was setting off fireworks in contravention of the "Quiet Time" section of the municipality' Community Standards Bylaw. "Quiet Time" is defined in the bylaw as being from 11 p.m. to 9 a.m. on holidays.

The fine for a local fireworks offence can be $400.

Clark said officers received "numerous complaints" for that one call. Other calls did come in throughout the night, but most resulted in no formal action — just some safety reminders to residents.