Industry rally lining up for Sunday

News of the first Aboriginal-led rally for the oil and gas industry has been getting some media attention over the last week — and local co-organizer Shawn McDonald hopes to see much more coverage and attention as the Sunday, February 10 R4R event dr
Feb 3, 2019 7:44 PM By: Rob McKinley 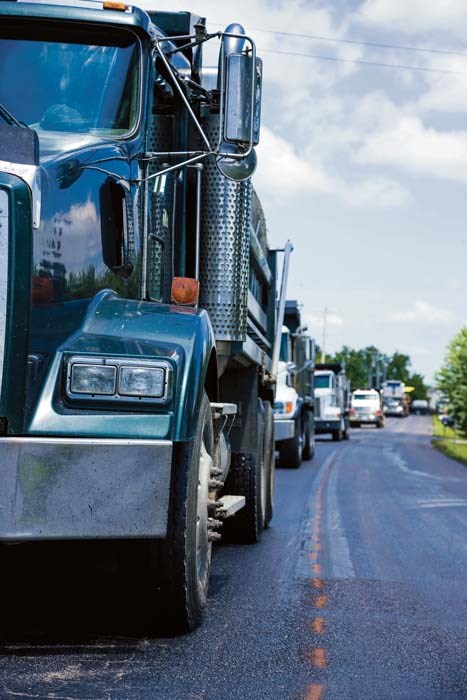 News of the first Aboriginal-led rally for the oil and gas industry has been getting some media attention over the last week — and local co-organizer Shawn McDonald hopes to see much more coverage and attention as the Sunday, February 10 R4R event draws closer.

McDonald, the president of the Lac La Biche-based Region One Aboriginal Business Association  (ROABA), says his office has heard from media outlets across Alberta and from an even wider swath of Western Canadian residents and oil and gas industry supporters who either plan to attend the rally and convoy or plan to promote the event however they can.

"We hope to have people and their companies represented from all over," said McDonald in an interview with the POST last Saturday afternoon, just after he received a call from a central Alberta truck driver looking to enter the local convoy. "He was calling from Rocky Mountain House. He heard about what we are doing for all of the industry and was interested."

News releases have gone out to media outlets across Alberta and Western Canada. Alberta ministers and dignitaries have been invited to the rally that starts with speeches and presentations at the Bold Center at noon on Sunday, followed by a convoy from the Bold Center to Plamondon and back. McDonald said the event is unique because it is being spearheaded by an Aboriginal group, and because it has the full support of a local  four-board council made up of representatives from ROABA, the Lac La Biche and District Chamber of Commerce, the local Community Futures office and municipal politicians from  Lac La Biche County.

It's also important for the province's and country's top politicians to know about it.

McDonald hopes to draw upwards of 1,000 people to the rally, and bases that attendance number on the importance of the issues the rally represents.

"The oil and gas industry is facing many challenges, and so are many Albertans and Canadians in all walks of life," he said, explaining that the focus of the rally is to highlight the need to support the industry, to lobby for pipeline expansion and a wider market for Canadian resources, and to slow down the passing of Bill C69, legislation that affects the future development of oil and gas projects.

McDonald said that Sunday''s rally isn't a political statement, it's about culture and local communities and small business — and being heard.

The thunder of native drums will be heard from the Bold Center as the rally begins, courtesy of traditional dance groups who will set a cultural backdrop to the event along with Metis dancers.

McDonald hopes the rally will draw attention not only to the oil and gas indsustry, but also to the ROABA organization and its efforts to better represent Indigenous businesses and forge relationships with regional, national and international partners.

"I hope it opens doors. A lot of people are hurting, and I hope this rally sends the message to the right people," he said.

The rally starts at noon at the Bold Center with a free bannock and soup lunch. Traditional and Metis performers will dance as guest speakers make presentations. A convoy of vehicles will leave the Bold Center for a circuit ride that will see them go through Plamondon and back to the Bold Center.

The day is expected to be a busy one around the Bold Center as there are hockey games and sports tournaments scheduled over the weekend, so organizers of the R4R event are also looking for volunteers to help with parking and helping with other aspects of the rally.  Anyone interested in attending the event or entering a vehicle in the convoy should contact the ROABA office in Lac La BIche at 780-623-3144, email the ROABA office at office@roaba.ca or go to the ROABA website at www.roaba.ca